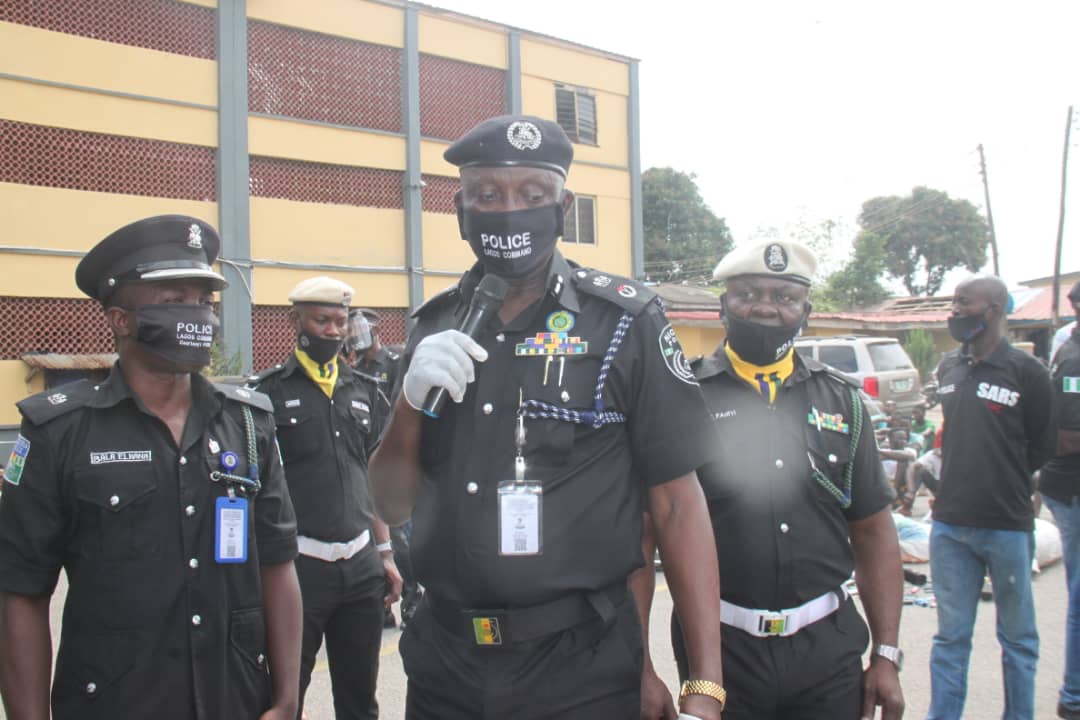 Lagos State Commissioner of Police, Mr Hakeem Odumosu on Tuesday paraded over 500 criminal suspects, displayed assorted arms and ammunition recovered under one month of review in the State.

According to P.M.EXPRESS, the operatives also killed two suspected armed robbers, arrested 42 others including 15 traffic robbers within the last one month.

The Police boss explained that 22 traffic robbery attempts were foiled and 10 assorted firearms, several ammunition, cutlasses, axes, charms and other dangerous items were recovered from criminal elements within the period under review.

While briefing reporters at the Command Headquarters in Ikeja, CP Odumosu said 39 suspects were held for cultism, 4 for kidnapping and 19 for murder.

“The Command also recovered three stolen vehicles. We have successfully nipped in the bud, the menace of kidnapping, especially on the waterways.”

340 vehicles were impounded, which included 20 for interstate travels, 1,259 motorcycles and 21 tricycles were also impounded.”

“Let me use this opportunity to sound a big warning to traffic robbers and one chance robbery syndicates in Lagos State that their days are numbered. We are all out for them.

I have set up a special operation to be coordinated by Area Commanders and Divisional Police Officers (DPOs).”

“They will be supported by SARS operatives and Task Force. The Command will continue to dominate the public space and sustain the gains recorded in the fight against crime and social disorder. Lagosians are assured of their security at all times,” he said.

Some of the suspects paraded were the suspects, who were conniving with bank staff to steal dead peoples money in various banks, the dismissed soldier who assaulted a Policewoman in Ojo area and several others.

We produce guns for self-defence – Suspect