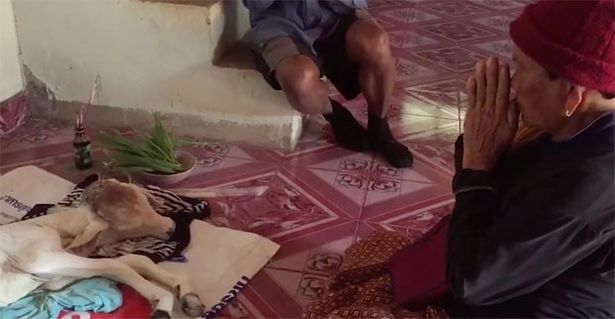 In what most people would likely call a bizarre story, a calf born with two heads has become a god in Thailand.

Many people have flooded the house of the owner to worship the calf after he claimed to have won nearly £500 on the lottery.

Now, a shrine is set to be built in its honour. Superstitious villagers believe the calf is a sign of good luck.

Footage shows people lighting incense in front of the animal’s body before saying their prayers in the Buriram province in Thailand on February 14.

The calf was also born with two sets of reproductive organs and an extra ear poking out in the middle of its two heads.

Its significant deformities led to the newborn having difficulty breathing and it became too weak to eat.

Farmer Somorn Krasaesom, 66, took it to a clinic but it died half an hour after it was born.

Somorn said he was devastated but believes the strange baby animal was a “gift from the heavens” as he had dreamt about it before it was born.

“In my dream, I was holding a baby like my grandchild. The baby was supposed to give me a prosperous life.
“It came true. Ever since the cow was born, I became lucky.” Somorn says he has since won 20,000 Baht (£480) on the lottery.

The farmer is now planning to preserve the calf’s body so they could build a shrine for it near their house. 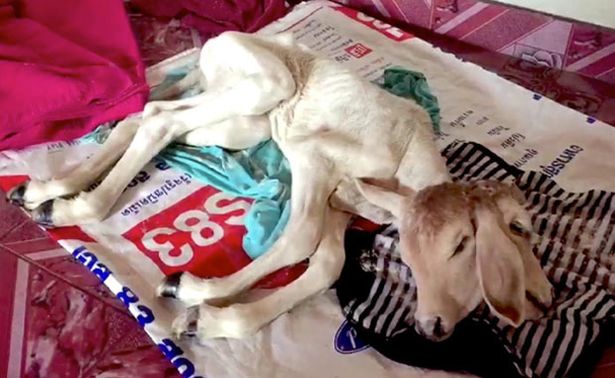