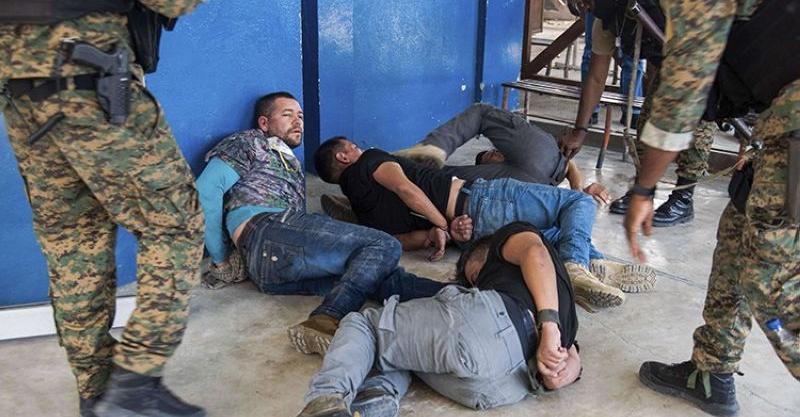 Two Haitian Americans, James Solages and Joseph Vincent were among the six suspects arrested by Haitian police in connection with the assassination on Wednesday of President Jovenel Moise.

Four other suspects were killed in a standoff between the police and the suspects.

And latest reports said as many as 28 suspects have been identified, with eight declared wanted.

Police chief Leon Charles said on Thursday, the country is also looking for the masterminds behind the killing that stunned the impoverished Caribbean nation.

Moise, 53, was shot dead early on Wednesday at his home by what officials said was a commando of apparently foreign, trained killers, pitching the poorest country in the Americas deeper into turmoil amidst political divisions, hunger, and widespread gang violence.

Leon Charles said in a televised briefing on Thursday that authorities had tracked down the suspected assassins to a house near the scene of the crime in Petionville, a northern, hillside suburb of the capital Port-au-Prince.

A fierce firefight lasted late into the night on Wednesday and six suspects were taken in custody, while four corpses were retrieved, authorities said. 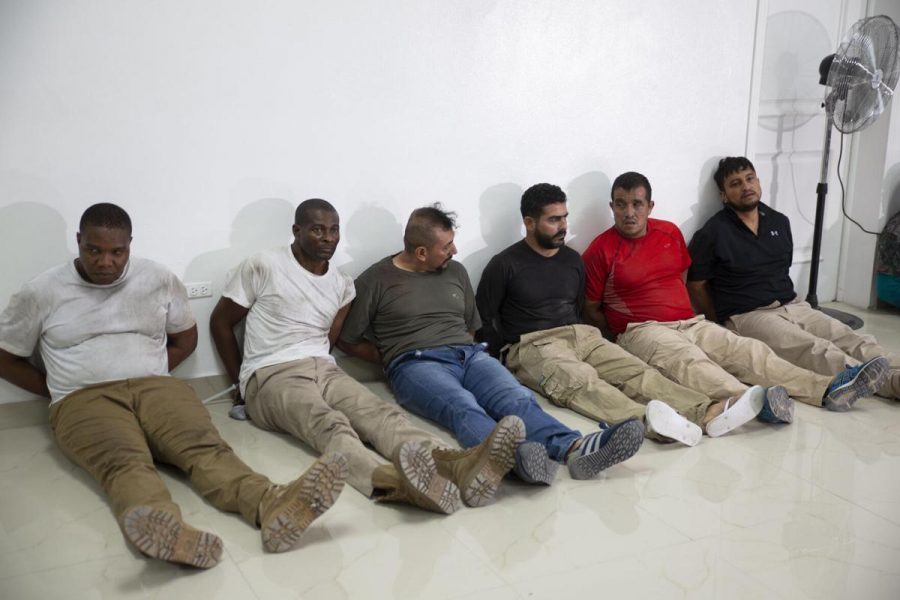 L-R: James Solages, Joseph Vincent and the other suspects

Officers were heavily patrolling the area from early on Thursday.

“We have the physical authors, now we are looking for the intellectual authors,” Charles said.

Haiti’s minister of elections and interparty relations, Mathias Pierre identified one of the arrested Haiti Americans as James Solages.

He did not identify the second American. But Miami Herald identified him as Joseph Vincent. He is about 56 years old.

Charles said the local population had helped police track down the suspects but he implored residents in the sprawling seafront city of one million people not to take justice into their own hands.

Who is James Solage?

Meanwhile the American media have been profiling James Solage, arrested in connection with Jovenel’s assassination.

Solage in a profile published by heavy.com, was a former chief commander of guards for Haiti’s Canadian embassy.

He is self-employed and had Skills in ‘Military Police’ & Was Living in Fort Lauderdale. He was a reported to be close to Reginald Boulos and Dimitri Vorbe, two of President Moise’s political opponents.

Solage is listed as a member of the board of directors for a non-profit organization that says it is working to rebuild Haiti.

A Building Engineer specialized in the field of infrastructure development, certified diplomatic agent, driver’s Course, and Protection Course. He was the chief commander of body-guards for The Canadian embassy in Haiti. Currently, Mr. Solages works as a corporate executive serving as a consultant in different locations throughout South Florida. Mr. Solages also serves as a politician promoting his country by focusing on compassion programs and counseling economic development program. Preceding his tenure as a consultant, his career began as a volunteer in different nonprofit organization assisting communities in need and Haiti. Mr. Solages is a youth leader and an advocate for underprivileged kids.

Related Topics:AmericansAssassinationFeaturedHaitiPresident Moise
Up Next