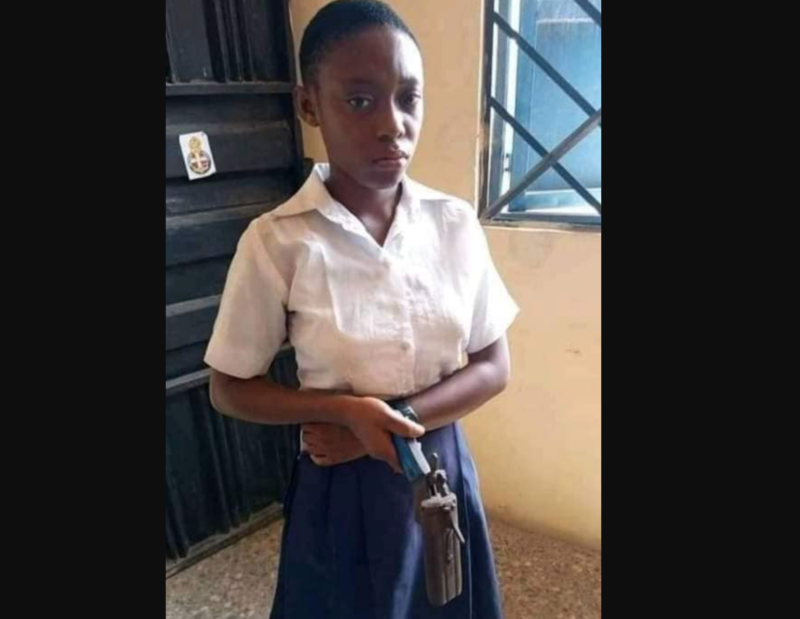 A disgruntled student of the Government Secondary School Ikot Ewa, Cross River State was reportedly caught with a gun on school premise.

Unconfirmed reports suggested that the student, name withheld, planned on using the gun against her teacher for ordering her to cut off her coloured hair.

“She went to her school in Cross River State with a pistol with the aim of shooting her teacher who mandated her to cut off her coloured hair,” says Facebook user, Fagbolade Olugbenga who posted the photos.

Meanwhile, another user Comfort Onah Okpenge who also uploaded her version of the story said the weapon was a “DOUBLE BARREL CUT TO SIZE SHORT GUN”.

While pictures uploaded on the app revealed that soldiers were invited to the school, it is unknown what decisions have been taken by the school authority on the students or her parents, at the time of this report.

Another user Glory Etta suggested that the weapon was given to the girl by a cultist lover. “It must have been given to her by her cultist boyfriend,” she opined.

Aleje Joseph blamed it on the generation. He said “So many disgruntled species with no traceable genes n chromosomes hibernating this space. Our parents didn’t manifest such heinous, callous n deviant antecedents/charàcters.”

Meanwhile, Babatunde Durotimi was grateful no harm was done with the weapon. He said, “Hahàaaaaa, thank God she didn’t succeed in her evil plan!!” 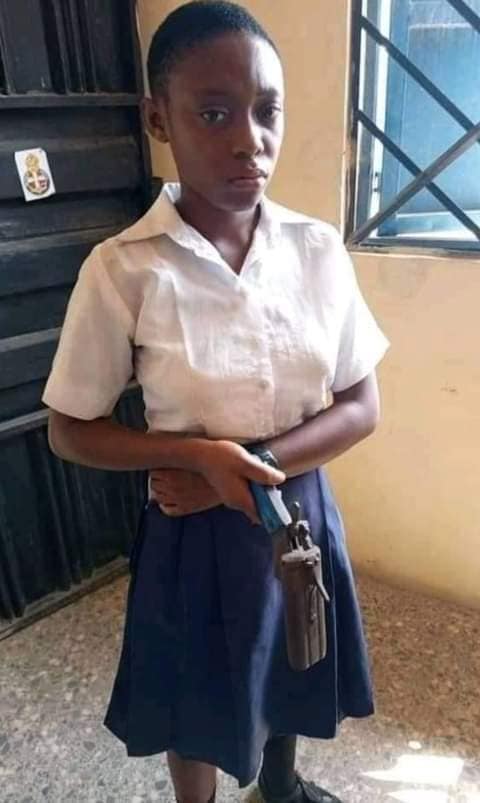 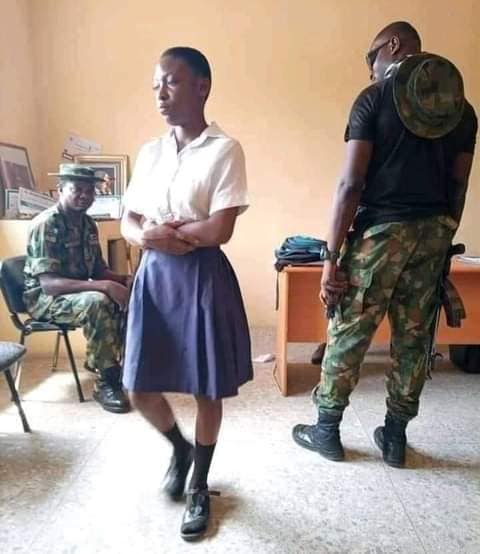 Ooni to OPC: “Don’t take laws into your hands’’