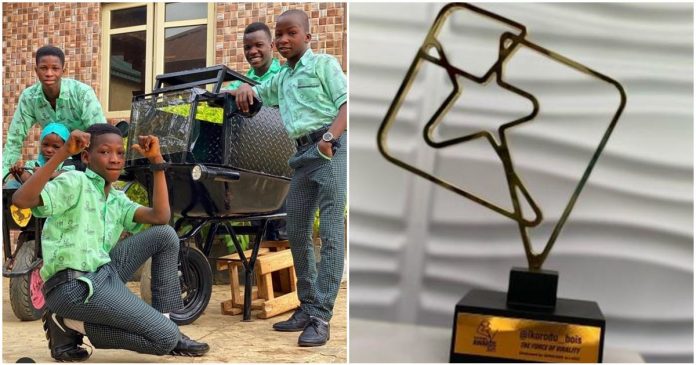 The group which comprises of three siblings namely, Babatunde Sanni, Muiz Sanni, Malik Sanni, and their cousin, Fawas Aina, flaunted the award on their Instagram page.

In recent times, they have recreated videos featuring celebrities such as Roddy Rich, Dwayne “The Rock” Johnson, Zlatan, Funke Akindele, Wizkid and Davido.

In April 2020, they earned praise from “The Professor” after replicating the trailer of the Netflix Spanish drama series, Money Heist. They earned an invite to the world premiere of Netflix action thriller, Extraction 2 after making a remake of the first trailer.

They also received praises from Hollywood star, Chris Hemsworth and the producers of Extraction, the Russo brothers. 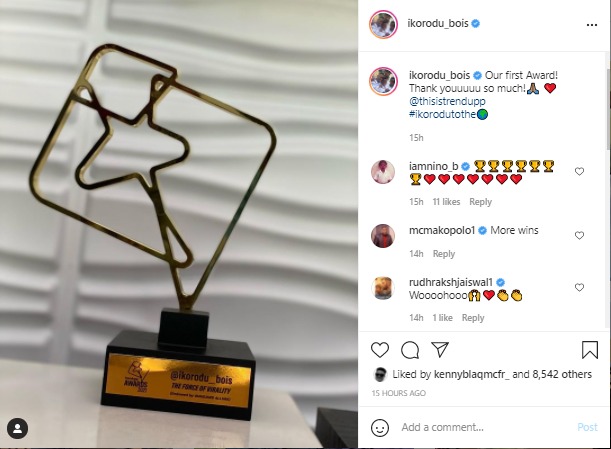 The company, in a statement made available to The PUNCH, said its campaign was targeted at celebrating fans for the important role they play — for watching, loving, discussing, and even recreating Netflix movies.

The statement read in part, “Netflix’s wide reach has woken up a new generation of global film fans, allowing them to discover more diverse perspectives, see themselves reflected and inspiring new forms of movie-love.

“Once a year, the Oscars pierce the culture and put movies on our collective minds, and this year, we are putting the spotlight on the Ikorodu Bois to remind movie fans that fans are the most important part of the movies.

“The year 2020/21 has been a weird and wonderful year for films and film lovers and our films brought joy and hope to the industry, and more importantly, to fans. In seeing the Ikorodu Bois channel their creativity into remakes/tributes of their favorite movies, we see the joy of being a fan.”