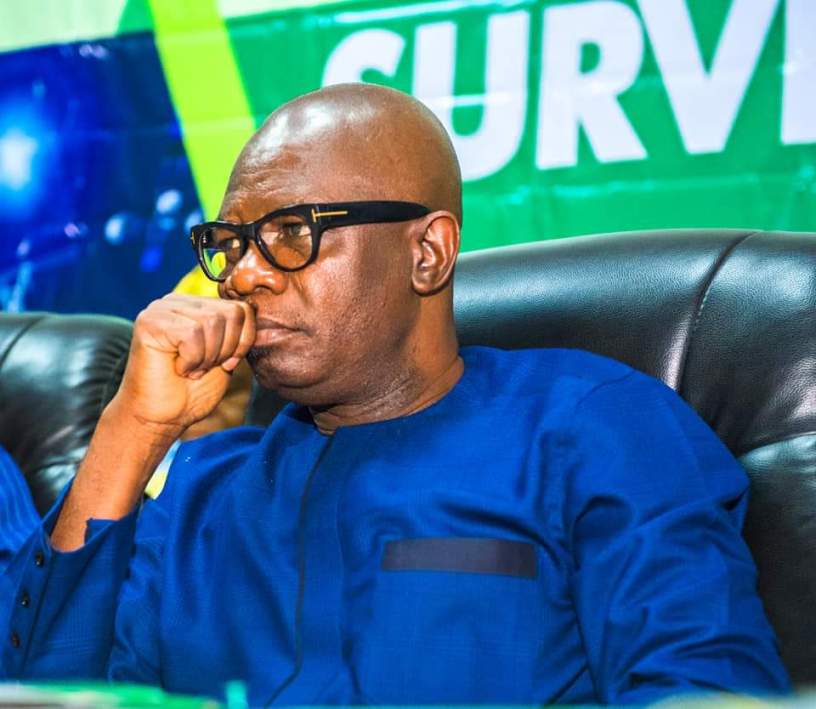 The Ondo State Deputy Governor, Mr Agboola Ajayi, has asked the Federal High Court in Akure to jail the 26 members of the state House of Assembly for contempt.

Ajayi, in his suit filed on Friday, specifically asked the court to impose one-year imprisonment on the 26 lawmakers for “deliberately plotting and executing plans to impeach him” despite his suit filed at the Abuja division of the court challenging the impeachment process.

The deputy governor also asked the court to set aside all the actions so far taken by the lawmakers, including the impeachment notice issued against him on July 7, 2020, since he filed his suit on June 26, 2020.

Members of the state House of Assembly loyal to Governor Rotimi Akeredolu were said to have started plotting on impeachment process after Ajayi left the All Progressives Congress, the platform on which he was elected along with the governor, in 2016, for the Peoples Democratic Party.

Fourteen of the lawmakers had on July 7, 2020, signed the notice of impeachment of the deputy governor while nine others opposed it.

But the Chief Judge of the State, Justice Oluwatoyin Akeredolu, rejected the formal request by the 14 lawmakers for her to set up an impeachment panel to investigate the deputy governor.

But Ajayi, through his lawyers, Dr Joshua Olatoke (SAN) and Babs Akinwumi, on Friday, contended that the legislators’ action of continuing with the impeachment process despite his pending suit was aimed at bringing the court to disrepute.

He stated in an affidavit filed in support of the suit:

“On July 7, 2020, at the sitting of the Ondo State House of Assembly, the alleged contemners issued an impeachment notice against me, despite the pendency of suit no FHC/ABJ/CS/684/2020 and have vowed to continue with the illegality.

“Copies of newspaper reportage of the illegality of issuance of the notice are hereto attached and marked as Exhibit DG4.

“I verily believe that the action/conduct of the alleged contemners is to foist a fait accompli on the court, to render the outcome of suit no FHC/ABJ/CS/684/2020 nugatory and bring the court to disrepute.

He, therefore, sought among others;

“An order of this honourable court committing the 1st to 26th alleged contemners (the 26 lawmakers) to prison for a term of 1 (one) year or as the court may otherwise determine for the reason of the criminal contempt committed by the alleged contemner by deliberately plotting and executing plans to impeach the applicant despite the pendency of suit no FHC/ABJ/CS/684/2020 and despite having notice of the said suit.”

He also sought an order “nullifying and/or setting aside all the actions taken so far by the 1st to 26th alleged contemners in their attempt to impeach the applicant, starting from July 7, 2020.”

He sought another order restraining the lawmakers “from proceeding with the impeachment proceedings against the applicant.”

Cancellation of WASSCE will truncate future of Nigerian children – Reps