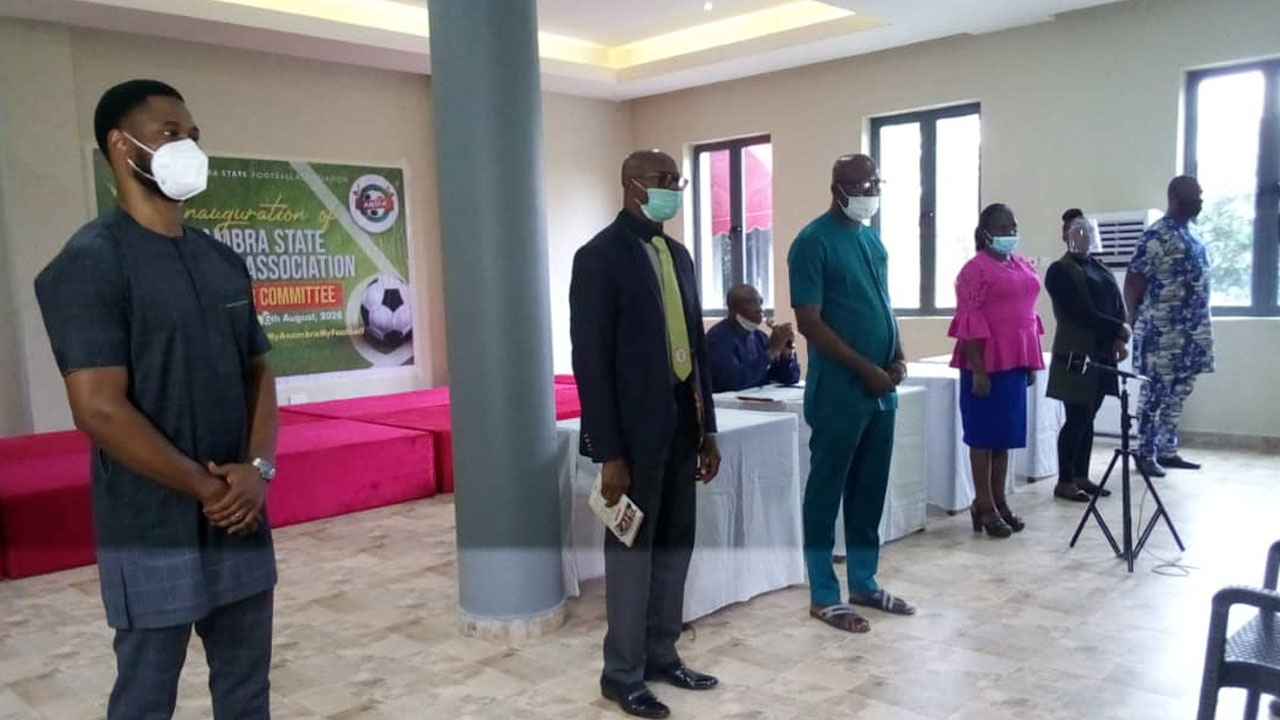 The Caretaker Committee of Anambra State Football Association (AnSFA) says it is working hard to deliver on conducting elections into the FA board within three months, six weeks after the inauguration.

Victor Nwangwu, Vice-Chairman of the caretaker committee, told the Newsmen in Awka on Sunday that the election time-table was not ready.

He said that apart from working on the election program, the committee was also raising awareness across the state to make the exercise more participatory.

Nwangwu added that the committee had been greeted with a rousing welcome wherever its members visited.

“No election time-table, for now, we will get that done by next week. We have agreed that we will open up space for more people to join in the process.

“The important thing is that we are on course. It’s not easy to make changes in a structure that does not encourage mass participation.

“So, we are working hard to get more people involved.

“So far, we have met with the state governor, Willie Obiano, the State House of Assembly, club owners and we have toured 19 out of the 21 local government areas  (LGAs) of the state.

“This is because we want to make the game strong at the grassroots,” he said.

Nwangwu added that his committee was satisfied with the response it has got so far.

“I will say that we are happy with the kind of response we are getting. People are satisfied with the restart we are making with our football,” he said.

Nwangwu added that the caretaker committee had no option than to work with the existing electoral committee which has a lifespan of four years in line with the FA  statutes.

He expressed confidence that the election would hold during the remaining days of the Emeka Okeke-led caretaker committee.

Newsmen reports that the committee was inaugurated on Aug. 3, following the expiration of the tenure of the Ifeanyi Ubah-led FA board on Aug. 2.

“We are condemned to working with the electoral committee. It is supposed to be in the office for four years. That is the standard.

”So, it is not a matter of sacking it. What is important is finding a common ground.

“It is very possible for us to conduct an election within the remaining two months of our committee. It has been done before.

”We are experienced enough to know we have to conduct elections, but the election has to be above board.

“We want to ensure that there is inclusiveness, against a situation where we had just one candidate each for the positions of chairman and vice-chairman due to low participation as a result of general apathy,” Nwangwu said.

What COVID-19 has taught us – UNGA President