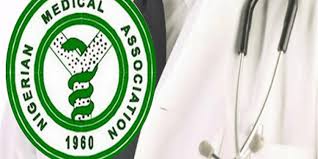 The Nigerian Medical Association (NMA) has appealed to members of the Joint Health Sector Unions (JOHESU), to embrace dialogue on the planned amendment of five health bills.

The President of the NMA, Prof. Innocent Ujah, made the appeal at a news conference in Abuja on Sunday.

“NMA wishes to invite JOHESU members to join forces with medical and dental practitioners to improve the health circumstances of our people, rather than threatening to go on strike for the wrong reasons at any slightest excuse.

“I wish to appeal to government and good spirited individuals to advise members of JOHESU and their cohorts on the issue.

“They should stop expressing their frustrations towards a very intelligent group and members of the noble profession of human medicine,’’ Ujah stated.

The News Agency of Nigeria (NAN) reports that members of the NMA and JOHESU have been at odds over plans by the National Assembly to amend five health bills.

He noted that the amendment would regulate the medical and dental professions, to protect the public by ensuring that registered medical practitioners and dental surgeons were competent to practice safe, ethical and responsible medicine.

The NMA chief criticized JOHESU members for “their penchant for blackmailing Nigerian doctors and government at the slightest opportunity”, saying that such blackmails should cease.

Ujah lamented that charlatans had been brazenly and openly referring to themselves as doctors, in spite of the existence of laws against such, due to what he described as the failure of law enforcement and prosecutorial authorities in the country.

On Feb. 1, the Senate held a public hearing on the Medical and Dental Council of Nigeria (Repeal and Re-enactment) Bill SB. 480 and four other Bills.

However, members of JOHESU are opposed to the amendment, a development that has generated bitter differences with their NMA counterparts.