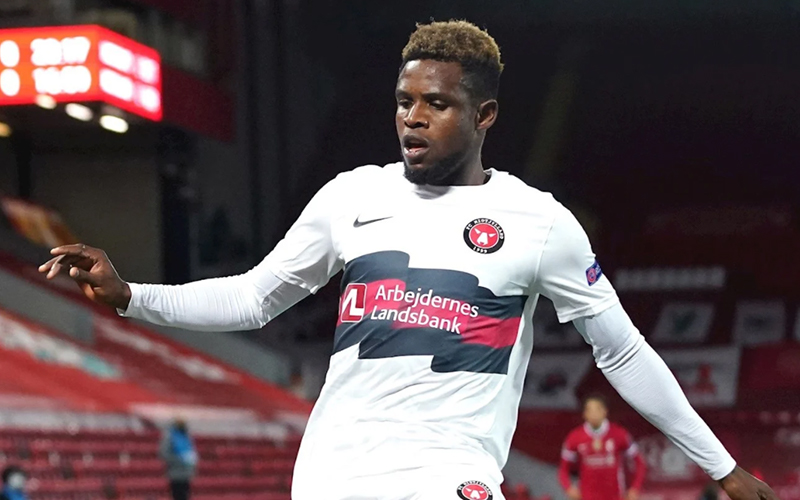 Onyeka who joins from Danish side, FC Midtjylland, arrived in the UK on Monday 19 July, and will now undergo a period of quarantine before joining with the squad for training.

Speaking to the club’s website, Brentford coach, Thomas Frank, said: “I am looking forward to getting Frank in the building. We think he is a strong addition to the squad, and we are looking forward to working with him. He is a very dynamic player.

“Frank plays as an eight in our system, he is very good at getting from box to box and will be valuable to us when we don’t have the ball. He has come from the Danish league and was one of the best midfield players in that league, we think he has the potential to develop further. All the coaches here are looking forward to working with Frank and pushing him to a higher level.”

Onyeka was part of the FC Midtjylland side that won the Superliga in 2017/18, playing 15 games. He helped them win the title again in 2019/20 and the Danish Cup in 2019. He played in the UEFA Champions League and UEFA Europa League for Midtjylland, and leaves Denmark having made 123 appearances with 17 goals.

At international level, Onyeka received his first Nigeria call-up last year. He was selected for friendly matches last October and made his international debut against Algeria, his only appearance till date.