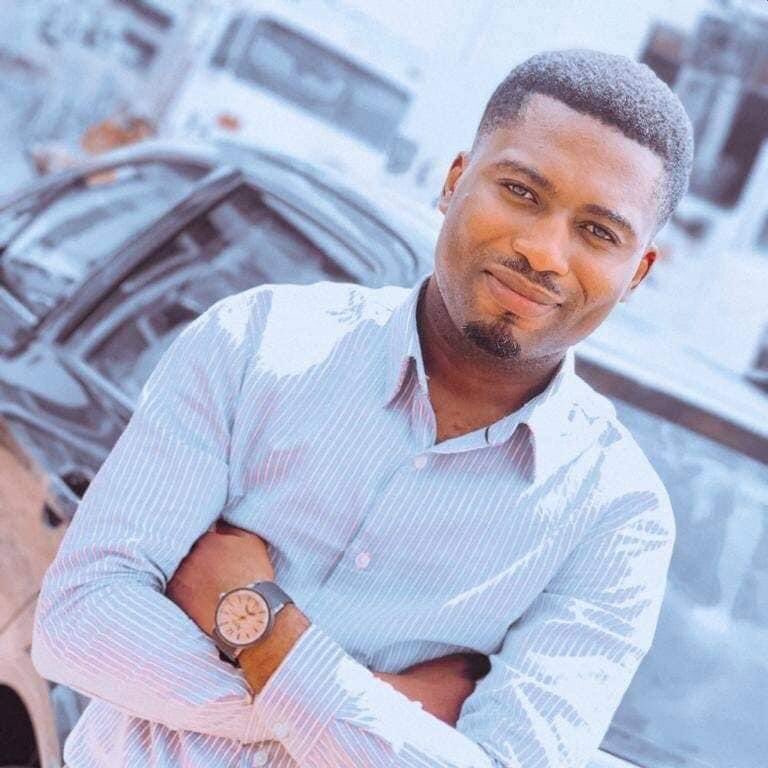 A Nigerian job seeker, identified as Adeshina Samson Oyekanmi, has received enormous praise for his integrity.

He was hailed after he reached out to a benefactor to refund money given to him to prepare for an interview.

Adeshina Samson Oyekanmi had reached out to career coach, Bayo Adeyinka, to ask for assistance as he had a job interview coming up.

Ahead of the interview, the job seeker was informed that the job was only open to BSc holders and he was not qualified since he is an HND holder.

Rather than hold on to the money, he reached out to his benefactor, asking for his account number so he can return the money.

Bayo, moved by the man’s actions, took to Twitter to praise him. 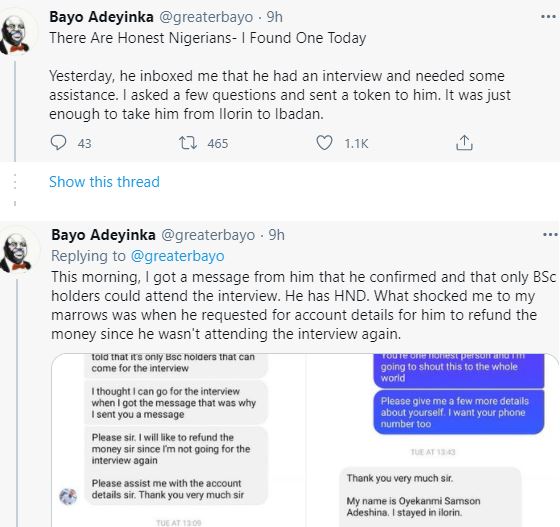 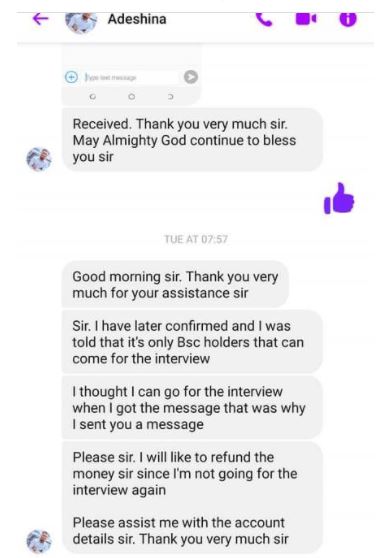 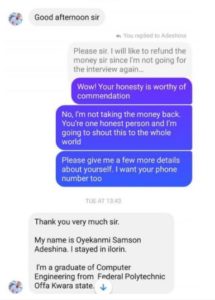 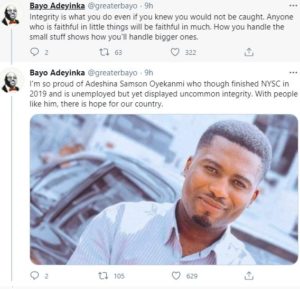