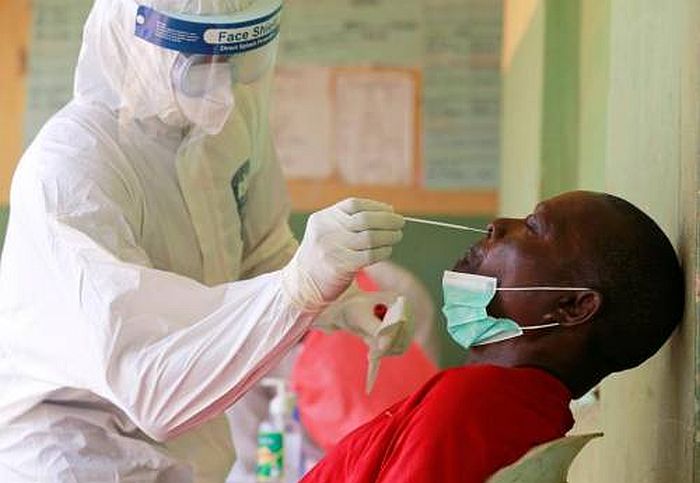 The Nigeria Centre for Disease Control (NCDC) has recorded 121 new cases of Coronavirus disease (COVID-19), taking the total number of infected people in the country to 162,762.

The NCDC, which disclosed this on its official Twitter handle on Tuesday, reports that the country has tested 1,767,694 people since the first confirmed case of the COVID-19 pandemic was announced on Feb. 27, 2020.

The public health agency also reported seven new deaths in the past 24 hours, which brought the official death toll to 2,056.

It stated that the new infections were reported in 13 states and the Federal Capital Territory (FCT).

Ekiti, Jigawa and Kano recorded one case each.

The health agency put the total number of patients who had recovered from the disease at 151,532.

According to the NCDC, among those discharged on Tuesday were 977 in the FCT and 57 in Imo, who were all managed in line with set guidelines.

The NCDC said a multi-sectoral national emergency operations centre (EOC), activated at Level 3, had continued to coordinate the national response activities in the country.

As the Easter celebration approaches, the NCDC urged Nigerians to continue to observe the COVID-19 protocol to avoid a spike in infection, as experienced during the Yuletide.

“We must all continue to take responsibility in order to limit the transmission of the disease,” the agency advised Nigerians.