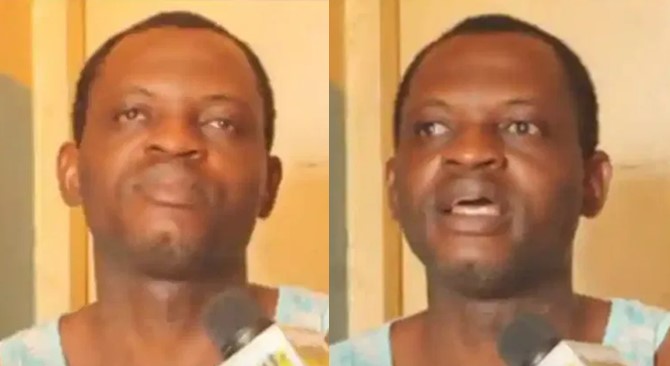 A Nigerian man identified as Stanley Ogieriakhi, who recently returned from Libya, has disclosed that his wife deserted him because he came home blind.

Ogieriakhi, who shared his story in a viral video, explained that he lost his sight as a result of the assault he and some other refugees were subjected to in Libya.

According to him, they were detained and beaten frequently.

The visually impaired man recounted that their captors would ask them to call people that could send them money from Nigeria or Europe.

Those who are fortunate often buy their freedom while those who have nobody to call are tortured or killed in some cases.

The Edo State indigene, who said he has three children, admitted that things has not been easy for him since he returned back home.

“I try to speak to my kids on the phone, but wife does not allow them to talk to me. She told me she was no longer interested in me,” he explained.

Ogieriakhi ended the interview by advising Nigerians against illegal migration, saying the consequence is always dire.