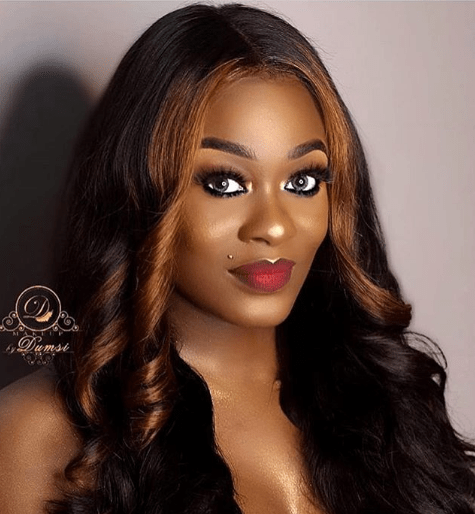 Big Brother Naija season three housemate, Uriel Oputa, has revealed that her kind of man should be tall, athletic and not forgetting must possess a nice body.

The 32-year-old star also said that her beauty has not only attracted men but also women, having been approached by lesbians “plenty of times.”

While she maintains a straight status, Uriel, who is single and searching for her prince charming, revealed that she has been approached by a lot of guys.

“I am single and I am searching. I am very single; I have had to turn down many suitors because I can smell somebody that just wants to use you sexually or someone that’s not just serious. I can smell that from a mile away.”

“For me right now, I’m single and I do hope that I meet somebody. I’ve said it so many times that I’ve dated ‘up and coming’ guys and the last one I dated, it lasted five years, but he ended up cheating and ended up marrying somebody else after I’ve stayed with him for five years.

Narrating an experience, the hair extension and wig enthusiast said:

“I’ve had somebody approach me; she just wanted to be friendly with me. You know, how you meet a friend at a salon and so on… and the phone conversation turned from her looking for a house and all sorts of things to I like your hips.”

A startled Uriel added that:

“Immediately I heard that, everything just made sense to me and I obviously started avoiding her. It was a bit awkward but I had to let her know that I don’t do that sort of thing.”

MORE READING!  Love your whole story even if it hasn’t been the perfect fairy tale - Juliet Ibrahim
Related Topics:BBNaijaFeaturedUriel Oputa
Up Next