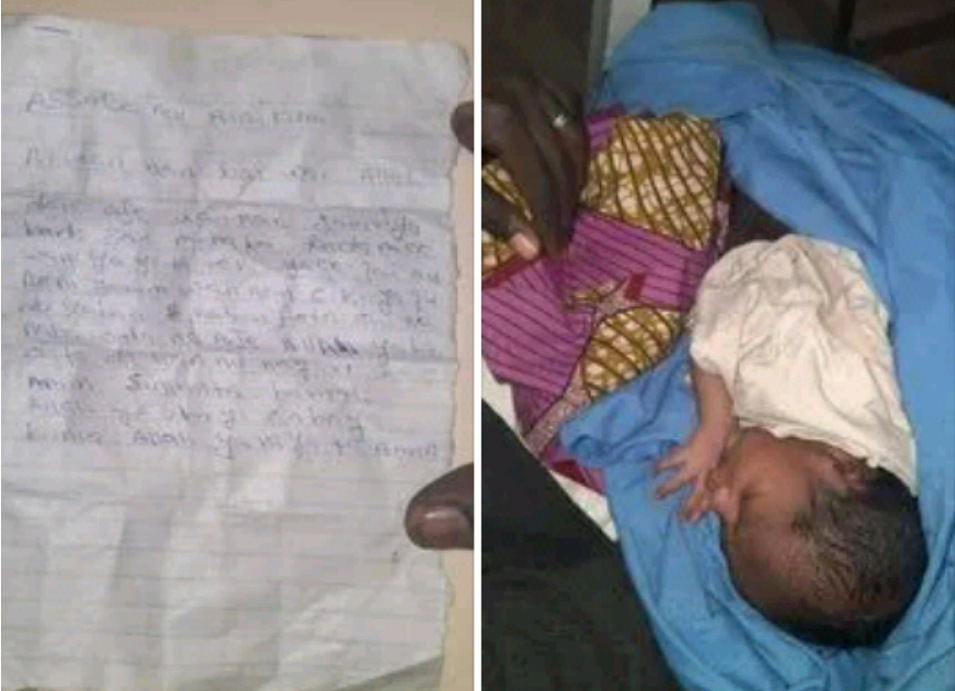 A newborn has been discovered on a road in Daura, Katsina State where she was dumped by her mother.

The newborn, a baby girl, was discovered inside a carton at Unguwar Amare around 1:20 AM on Friday, February 12 with a handwritten note explaining the reason she took the drastic action.

In the note, the mother also pleaded with whoever finds the child to name her “Barira”.

She also expressed her regret over her action, claiming that she was abandoned by an unnamed man who impregnated her after he promised to marry her.

According to a Facebook user, Yawale Musa Kallah Daura, the baby was taken to the police station by the good samaritans who found her and later to the hospital. 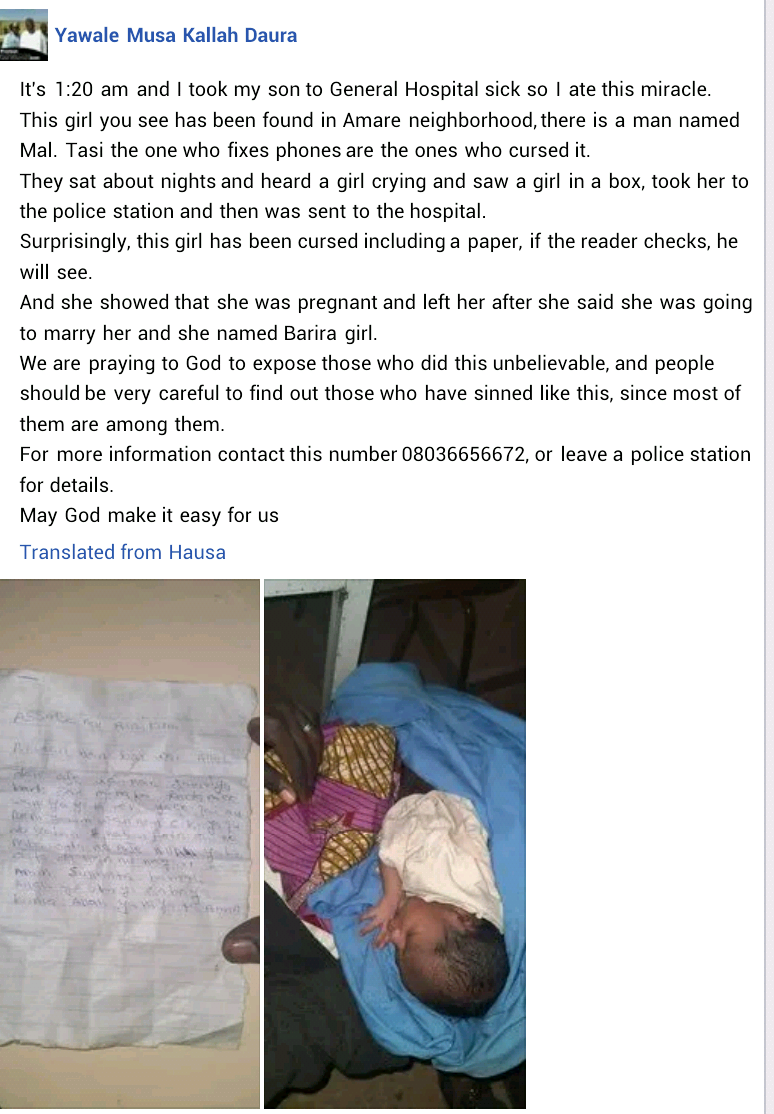 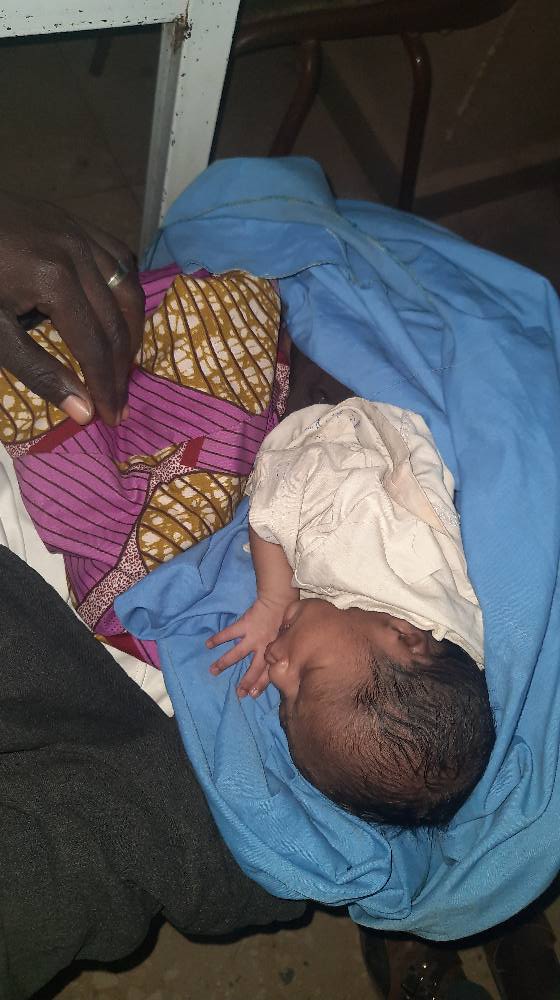