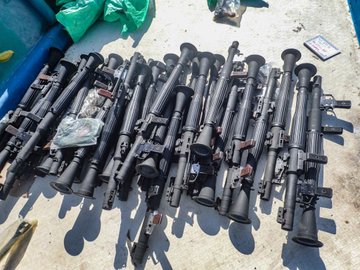 The U.S. Navy has announced the seizure of illicit shipments of weapons and weapons components from two dhows off the coast of Somalia on Feb. 12.

The operation was a joint team effort of the[Army, Navy and Coast Guard] on by the guided-missile destroyer USS Winston S. Churchill.

The original source of the weapons has not yet been identified. Churchill located the dhows and provided more than 40 hours of overwatch and security for the ship and its boarding teams throughout the two-day operation.

The dhow crews were provided with food and water before being released.

“We are proud of the combined efforts of the AIT and Churchill crew members for executing dynamic and demanding boardings,” said Lt. Travis Dopp, Assistant AIT Leader aboard Churchill. “We are proud to have a positive impact on the safety and security of coalition forces by interdicting shipments of lethal aid.” 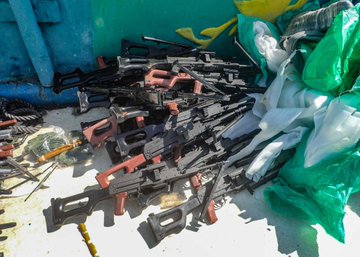 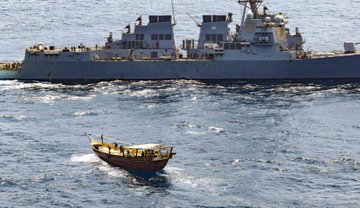 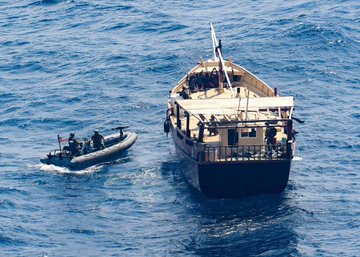