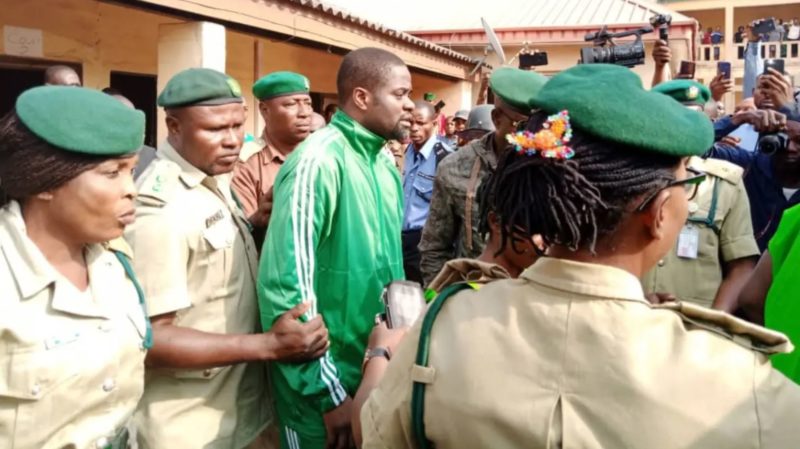 The founder of Sotitobire Miracle Centre, Prophet Babatunde Alfa was on Friday morning brought to the Oke-Eda court premises amidst heavy security.

Prophet Alfa was in court alongside six of his church workers brought into the court premises from the Correctional Facility where they were remanded by the Prison Armed Squad, PAS and officials of the Department of State Service, DSS.

Meanwhile, before the arrival of the accused persons, the Magistrate Charity Adeyanju of the Oke-Eda Chief Magistrates’ Court 2 on Friday ordered journalists out of the court.

The Magistrate who gave no reason for her action, however, ordered that Prophet Alfa remain in prison pending the time when State High Court will issue the hearing notice where his bail application could be taken.

With the Magistrate’s order, Prophet Alfa will continue to be in detention of Olokuta Correctional Service facility in Akure pending the issuance of hearing notice.

The Sotitobire Church founder was charged alongside six of his church members on six counts of felony, conspiracy, and kidnapping of Gold inside his church on the 10th of November, last year.

Woman, who shot husband with crossbow in 2016, finally kills him with eye drops