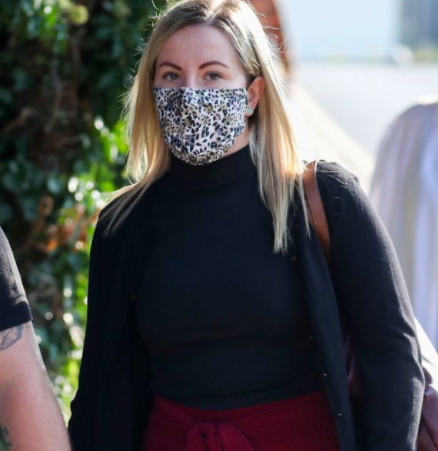 A married female teacher had sex with one of her pupils doggy-style in a field, then later told him she would “bring him down” if he ever told anyone, a court heard on Monday, January 18.

Kandice Barber, 35, returned to court for another trial after the court heard a jury had previously convicted her of sending the same boy a topless picture of herself and sexually communicating with him.

Richard Milne, opening the case for the prosecution, said:

“Those matters are not on your charge sheet. That count simply reflected the offence that another jury have found Ms Barber guilty of. The issue for you to decide is not about whether there was sexual communication, not about whether she sent him a video.”

The jury, sitting at Amersham Law Courts, was told that they had to determine whether Barber had engaged in two sex acts with the boy and also had full sex with him, Daily Star reports.

Barber had taken the boy’s phone number, but he had saved her number under a male name to hide her true identity from others as she started to send texts to him, the prosecution alleged.

“The messages began to get sexual,” Mr Milne said.

“She asked him to meet up with her out of school, somewhere private.

“He suggested some fields that he knew nearby, this was about 5pm or 6pm in the evening. He thought she wanted to go somewhere private because she might be concerned that they might be seen together and that they were teacher and schoolboy.

“She asked him if he wanted to have sex. He said yes and they proceeded to have sex for about five minutes. This was done with her back to him, he bending forward. He pulled down her leggings and lifted her red coat.”

The jury heard that rumours began to swirl around the school where Barber taught and the boy was interviewed by his headmaster, although he denied everything.

Barber had encouraged the boy to delete messages which were stored on his phone allegedly from her, although he had taken photographs of some, which the prosecution said were available for the jury to look at.

In one message read out to jurors, the boy claimed Barber had threatened to “bring him down” if he told anyone about their relationship, which he took to mean that she would accuse him of rape.