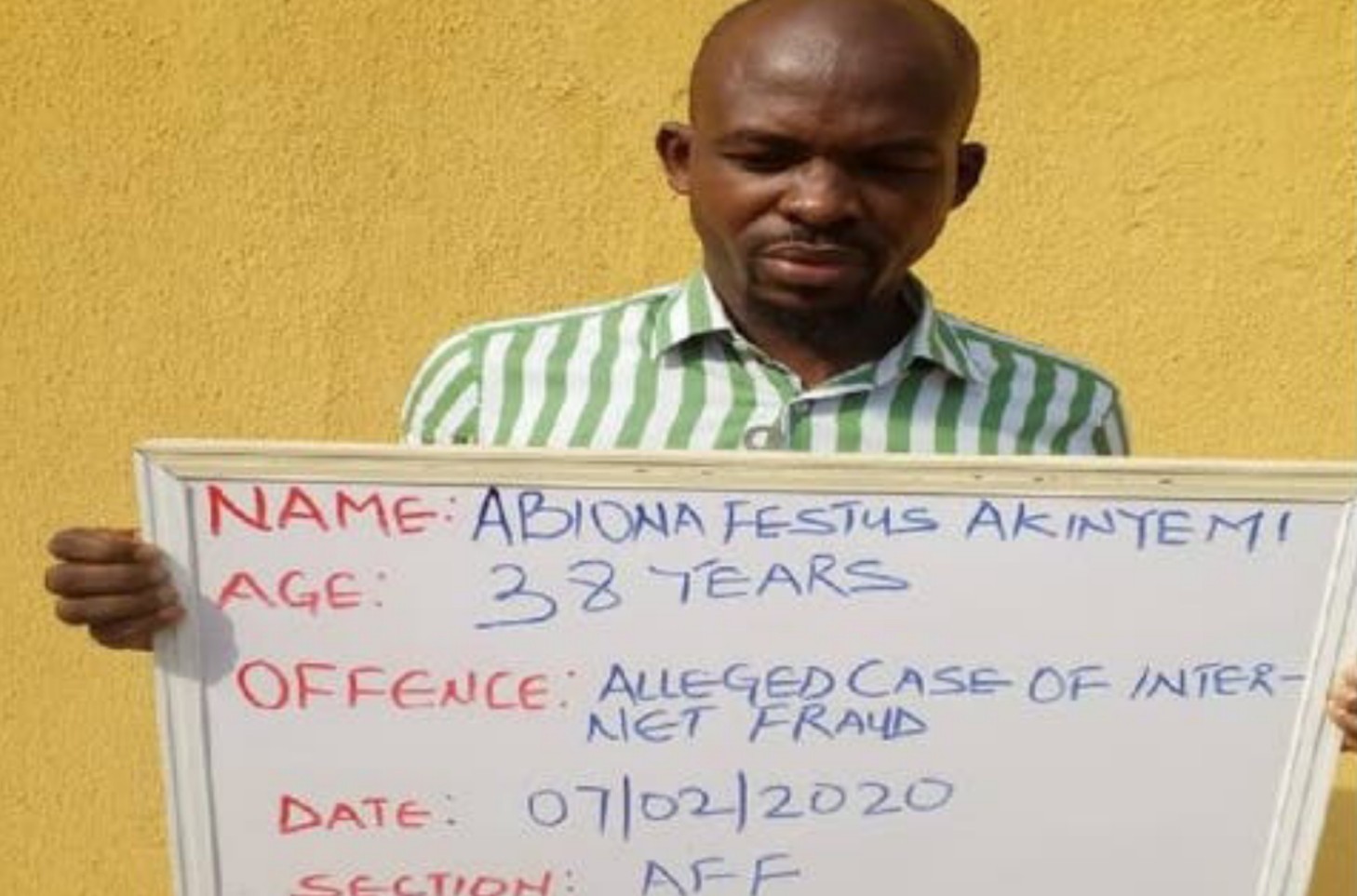 The convict, who was prosecuted by the Ilorin Zonal Office of the Economic and Financial Crimes Commission (EFCC) on a two-count charge of internet fraud was on the wanted list of the Federal Bureau of Investigations (FBI) of the United States Department of Justice.

The FBI, in a petition dated July 10, 2019, had appealed to the Ilorin zonal office of the commission to ensure Festus’ arrest and prosecution, for his roles in multi-million naira international scam.

One of the charges read:

“That you Abiona Akinyemi Festus (Ella Jones), sometime between January 2011- May 2016 at Lagos within the jurisdiction of this honourable court by means of fraudulent trick used the email address [email protected] to bypass online security and obtained the sum of N5, 950, 000 (Five Million, Nine Hundred and Fifty Thousand Naira), only from retirement accounts, held by an insurance company for public workers in the United States of America.”

Festus pleaded guilty to the charges, upon which the Head of Advance Fee Fraud, EFCC, Ilorin zonal office, Olamide Sadiq, reviewed the facts of the case, which included that defendant was arrested based on a petition from the FBI linking him to the offence.

Justice Taiwo convicted him as charged and sentenced him to one-year imprisonment on each of the two counts with a N300,000 option of fine on each of the counts.

The judge also ordered him to return the sums of money he cornered to the FBI.

Related Topics:economic and financial crimes commissionFederal Bureau of InvestigationsLagos stateUnited States Department of Justice
Up Next