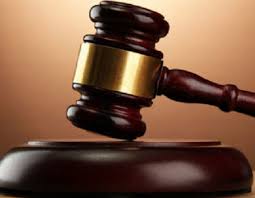 The police charged Linus, whose address was not provided, with malicious damage.

The Prosecutor, Insp John Iberedem, told the court that the defendant committed the offense on July 17 at about 6 a.m. at No 2, Ayobami str; Odogunyan in Ikorodu.

Iberedem said that the defendant maliciously damaged both side door glasses and fuel tank cover of a Renault,  belonging to Mr. Solomon Oriade.

The offense, he said, contravenes the provisions of Sections 340 of the Criminal Laws of Lagos State, 2015.

Chief Magistrate T.A. Elias admitted the defendant to bail in the sum of N100,000 with one responsible surety in like sum.

Elias adjourned the case until Sept.3, for mention.

The Newsmen reports that Section 340 prescribes three years imprisonment for any convicted offender of the charge of malicious damage.

UNILORIN student to clear 4km of drainage for engaging in Yahoo

Businesswoman, arraigned over alleged breach of peace, gets N400, 000 bail