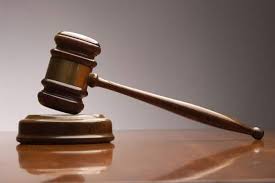 The Prosecuting Counsel, Mr Mike Kassa, told the court that Modi was arrested at his shop in Durumi in Abuja.

Kassa said that Modi was in possession of 500 grams of Cannabis Sativa (Indian hemp) and three grams of Rophinol.

He asked the court to remand Modi in Kuje Correctional Centre pending the review of the facts of the case.

The NDLEA also arraigned one Uchenna Okeke before Justice Giwa-Ogunbanjo on a one-count charge bordering on possession of 12 grams of cocaine.

Okeke who pleaded not guilty to the charge was also remanded in the correctional centre pending the hearing of his bail application.

The judge adjourned Modi’s matter until March 10 to review the facts of the case, while Okeke’s matter was adjourned until May 10 for further hearing.