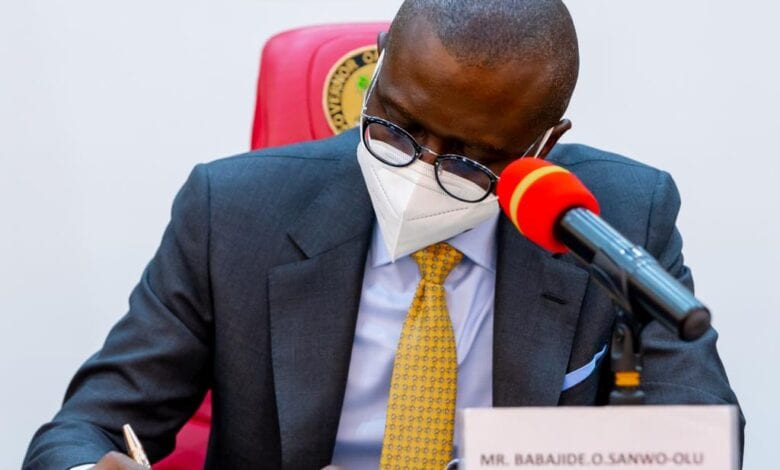 The Lagos State Government on Thursday said that it recovered a total of N1.2 billion in excess of bank charges over a period of six years.

The Commissioner for Finance, Dr. Rabiu Olowo, made this known in Ikeja, during the 2021 Ministerial Press Briefing in commemoration of the Second Year in the Office of Gov. Babajide Sanwo-Olu.

Olowo said that the state government was also in the process of recovering ground rent owed by defunct NEPA through the Nigerian Electricity Liability Management Company.

He said that Lagos State had also submitted projects to Natural Resource Development Fund for Federal Government Funding, which was also almost at a completed stage.

The commissioner said that the Ministry of Finance provided various financial strategies that enabled the government to deliver high-impact infrastructural projects envisaged in the Budget in spite of the adverse effect of the COVID-19 pandemic.

”It is pertinent to mention that the state government achieved 88 percent budget performance in 2020.

“With all modesty, this level of performance is unparalleled by any government in the country, be it state or federal.

”In the same vein and in line with the vision to deliver infrastructure at various levels, the ratio of Capital Recurrent Expenditure for the Year 2020 stood at 56:44 percent.

”The approach for 2021 would not be any different, as the government has commenced funding of N1.164trn budget for the year with fresh vigor.

”The expenditure performance in the first quarter of 2021 was 69 percent, with a Capital Expenditure Ratio of 42:58 percent.

”In order to ultimately reduce payroll fraud, about 95 percent of Public Servants and Pensioners’ Data have been linked to the payroll with the support of Lagos State Residents Registration Agency (LASRRA),” he said.

Olowo said that the revenue codes for MDAs and Local Government Areas had been uploaded on the Lagos government’s website to help ease payments by organizations, MDAs, and individuals towards strengthening the collection of Internally Generated Revenue (IGR) in the state.

He said that the Lagos State Treasury Office ensured the prompt release of funds for payment of essential services to combat the COVID-19 pandemic in Lagos State.

The commissioner said that the government ensured the implementation of payment of 10 percent Contributory Pension Scheme by the Lagos State Government and eight percent deductions from salaries of public servants, respectively.

Related Topics:bank charges
Up Next