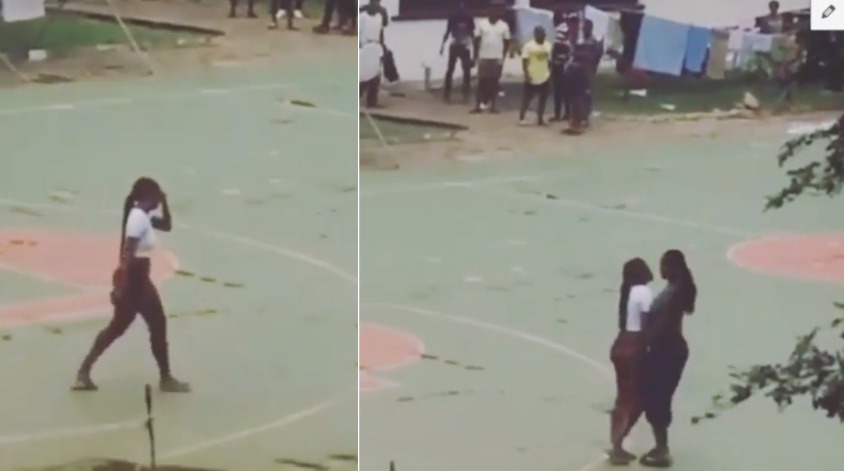 A student of the University of Ghana identified simply as Karen, who was filmed in a viral video beating her boyfriend with a slipper for allegedly cheating, has been humiliated by her colleagues on campus.

The footage showing Karen assaulting her boyfriend went viral on social media last Friday and sparked a series of reactions. Social media users also poked fun at her action by trending the #SlippersChallenge hashtag on Twitter.

Following the backlash that trailed her action, Karen took to social media to apologise to her boyfriend Papa Kofi Owusu Kwarteng aka Pkay.

She had explained that she was forced to take the action because she was furious that her boyfriend didn’t show any sign of remorse after confronting him for cheating.

Despite her public apology to her boyfriend, the lady was humiliated by students of the University of Ghana as she was walking on campus.

READ ALSO: It’s not a journey you’d love to embark on, Lawyer says as he shares intricacies of meeting bail conditions

Despite her public apology to her boyfriend, the lady was confronted with humiliated with scornful remarks by students of the University of Ghana when they sighted her walking on campus.

In a viral video presently making the rounds on social media, Karen was seen walking through the university’s quadrangle to her room when other hall members in their large numbers began to hoot at her and started trolling her.

The incident made her broke down in tears as she was being filmed by other students mocking her.

Another female student rushed to her to console and guide her to her hostel.