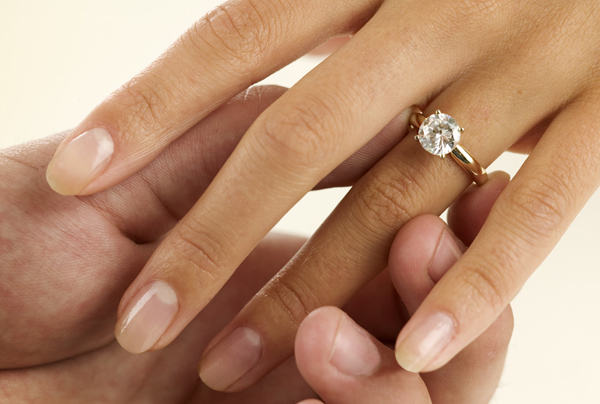 A now viral video captures the moment a lady went down on her knees while her lover who was standing proposed to her.

The unidentified lady and her now fiance defied the norm as they traded places in taking their relationship to the next level.

The man who was ready to take their relationship to the next level, brought out a ring to engage her while standing and on seeing the ring, she got down on her knees and stretched out her hand for the ring to be slip into her finger.

The proposal scene happened much to the amazement of on-lookers. Social media users have also reacted by expressing varying opinions on the method of the proposal.

While some share the sentiment that it is improper for a lady to go down on her knees as her fiance proposes to her, others feel she is only being a submissive and humble woman.

Related Topics:Featuredproposalviral video
Up Next