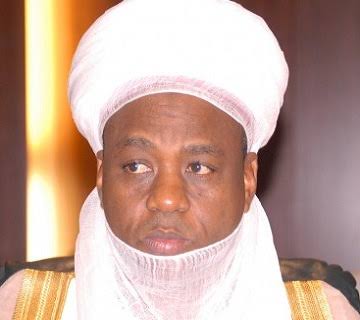 The Jama’atu Nasril Islam has joined the myraid of northern groups to criticise Catholic Bishop of Sokoto Diocese Matthew Kukah over his address on Christmas Day.

Kukah had accused President Muhammadu Buhari of nepotism, adding that a non-Muslim president who tried same would have stirred war or coup.

But in its reaction on Wednesday coming three weeks after the homily, the JNI which is led by the Sultan of Sokoto Sa’ad Abubakar described Kukah’s homily as a poisoned arrow fired at the heart of Islam and Muslims across the country.

The JNI statement was signed by its secretary-general Khalid Abubakar Aliyu.

It reads: “Though the message is disguised as a political hogwash to deceive the innocent, there is no doubt that it was a poisoned arrow fired at the heart of Islam and Muslims in Nigeria, hence the need for this intervention.

“The Bishop statement was a prepared address considering the occasion and the audience; one cannot but agree that it was a calculated attempt to insult Islam which is typical of him.

“His veiled insinuation that Muslims have a pool of violence to draw from is disgusting, disheartening, as well as condemnable.

“Responsibly, Christmas homilies should come with messages of hope, unity, mercy, forgiveness of the Supreme Being and resilience through prayers, especially in this trying time

“The Bishop’s message was however a clear deviation from well-established norm across the globe.”