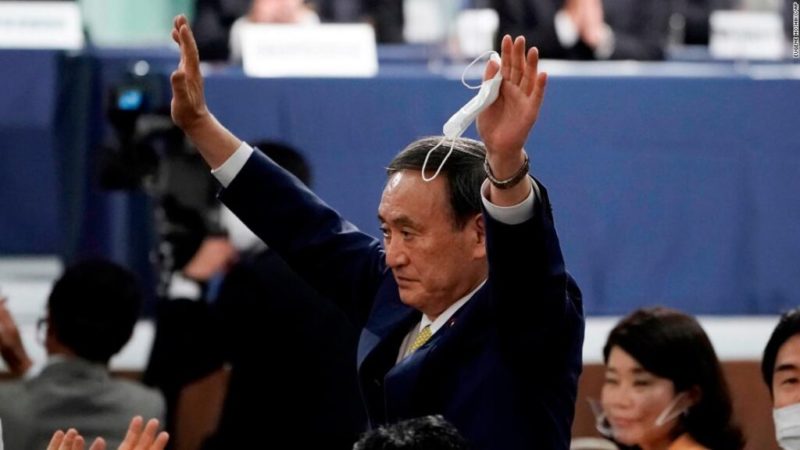 Suga had been chosen as leader of the ruling party on Monday, virtually assuring he would succeed Abe, who resigned earlier in the day because of ill health.

Suga, who was chief Cabinet secretary in Abe’s government, is to launch his own Cabinet later Wednesday.

Suga has stressed his background as a farmer’s son and a self-made politician in promising to serve the interests of ordinary people and rural communities.

He has said he will pursue Abe’s unfinished policies, and that his top priorities will be fighting the coronavirus and turning around an economy battered by the pandemic.

Abe said before the change was official that as a lawmaker, he will support Suga’s government and he thanked the people for their understanding and strong support for the upcoming leadership under Suga.

“I devoted my body and soul for the economic recovery and diplomacy to protect Japan’s national interest every single day since we returned to power,” Abe told reporters at the prime minister’s office before heading into his final Cabinet meeting. “During this time, I was able to tackle various challenges together with the people, and I’m proud of myself.”

Suga gained the support of party heavyweights and their followers early in the campaign on expectations he would continue Abe’s line.

There will be no Nigeria in 2023 unless… – Femi Fani-Kayode