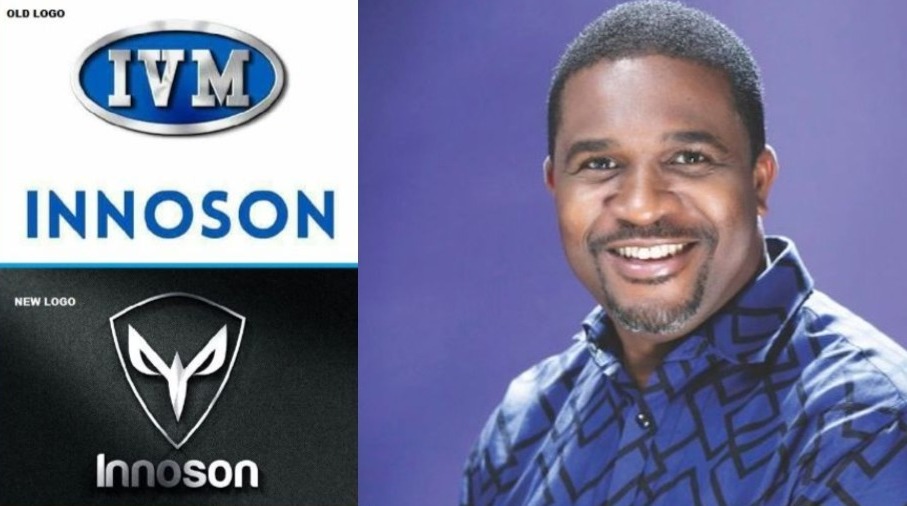 Popular social media commentator, Babasola Kuti, has said Nigeria is being ruined by what he described as the spirit of covetousness because Nigerians just like to copy good ideas not minding if they can do what the owner is doing or not.

Kuti gave the damning verdict in his reactions to the Twitter row that followed Innoson Motors’ adoption of a logo designed for the company by a Twitter user Farouk Osuolale during the week.

Farouk had taken to Twitter to post a new logo he designed for the indigenous car manufacturing company and explained the idea behind his concept.

It didn’t take long before the design caught the attention of IVM and a few days later, the company reached out to the graphics designer on social media informing him that the CEO loves his new design and would like to meet him.

Shortly after IVM official Twitter handle made the announcement, other Nigerians on Twitter started posting their version of logos designed for Innoson, their actions peeved many Nigerians on Twitter as they lambasted the designers of being envious and greedy by trying to ‘steal Farouk’s shine’.

In his reaction to the Twitter uproar and criticism that trailed the actions of the designers, Kuti took to his handle @RealSolaKuti to narrate his experience in doing business in Nigeria.

He said shortly after he pioneered smoothie business in Abuja some years ago, clients and even the landlord who leased his office space to him became jealous of the success of his business and were all making series of attempts to frustrate him out of the business so they could delve into it.

Kuti finally quit the business when he could no longer cope with the stiff rivalry and frustration.

He said from his experience, he has learnt that Nigerians don’t want to create, they just want to copy what others are doing and take what is theirs whether they can do it or not.

“The whole Innoson logo story reminds me of my 10 years sojourn in the smoothie and juice beverage business. It is an experience I have to share. Some of what I will share will shock you. I have restrained myself from talking about it but it may be a worthy lesson for others.

“How did I start Smoothie Heaven? Purely by accident. My business partners and I had rented a store for our HITV business. We were ‘appointed’ sole distributor for some Northern states. We had approached HITV & they jumped at our proposal to help them develop the Northern region.

“In the end, they intentionally delayed our agreement until we had created a $1m a month market for them and pushed us out. The hilarious part is that once we had created the demand, all that happened was that we were starved of stock. Our dealers were approached from the backdoor

“They were simply told your distributor does not have stock but we do. Come to Tino Electronics near Hilton Hotel to collect. But it is not N50k but N55k. If you recall it was a one-year subscription model that was rolled out. We bought the full kit for N48k and sold for N50k

“Long story short we walked away N5m in debt. Back to the smoothie story…it was just 3 or 4 months after we rented the store so we had 8/9 months to go…or so we thought (another scam as we had been billed for 2 years for the price of one year by the management of the mall).

“Anyway, leave the story of the mall. Let’s go back to the main story…we had 6 or 7 staff, 9 months left on our lease, we had no money but I was due to get my severance from NASS. So I called a meeting with my staff and said we had only two choices.

“We can all call it a day and go home or we can do something new. So we had a brainstorming session…and they came up with all sorts of ideas…sell t-shirts, sell phones, sell this, sell that. Each idea was interrogated and rejected.

“Someone even said we could have a restaurant. In the end, we settled for a smoothie bar. I can’t quite recall how. But my cook at the time had made smoothies at home for me and they had proved so good even my friends abroad would come to Nigeria on holiday and be begging for sone

“That is how smoothie heaven was born…I immediately took my small change from NASS and set up the store along with my partner at the time and that was the beginning of the journey. First challenge is that we were in a dead mall in Wuse zone 4. So no footfall. No customers

“There was also already a smoothie bar in the great Ceddi Plaza that had been blessed with a cinema also and lots of activities. It was a mall that saw plenty footfall. So we had competition. Nevertheless, we decided to do it our way. We wanted to make 100% fruit smoothies & juice

“No ice, no yogurt, no milk…just pure fruit. It meant a bit of revolution cos Nija has a perennial power problem. Even our mall which was meant to have 24-7 supply was struggling. It mean me approaching a UK company for help. Our location, however, was a big issue. It was DEAD.

“It meant that we needed to market aggressively. So in addition to my core store staff, I employed some marketers who stormed Abuja offices. Soon our brand was known all over Abuja thanks to our many friends and supporters and the sheer dedication of my team.

“I remember one particular girl was magic…I had met her working a club as a waitress and she just stood out. Freida she was called. I poached her and the girl was doing mad magic. One month she grossed N600k by herself…and earned over 100k that month in salary and commission.

“I don over gist… Anyway, when we started we bought a batch of cheap blenders that cost like £40-£99. We had a bunch of them and our smoothies were nice but they had strings of fruit in it. We kept changing blenders, tried even sifting the smoothies after it was done. Nothing.

“In the end, my mum came to the rescue. A few weeks before she passed, she bought a blender and sent it to me as a surprise…it weighed a ton and looked expensive. I googled it and saw it cost like £700. My small mind said we can buy 10 blenders with this money ooo.

“So I sent it back…through my partner without ever using it. She arrived in London and went to see my mum to explain but called that night to say she was unable to see her cos she was in bed all day unwell. In short, my mum died a day or two later.

“As it was the last gift she gave me I asked the blender to be brought back to Abuja. I said I would keep it for memories. This was an awesome contraption as it solved all our problems and became a game-changer in the business. It was revolutionary.

“So smoothie heaven became a legend and people came from far and near. We first noticed menus were missing, then people sent spies…then staff were hijacked…soon our secret was everywhere and everyone was using our style and also our brand of equipment.

“If I had known I would have quickly applied for sole distributorship of the blender ooo. Anyhow to end this story every single person I ever transacted business with be it a bigger brand or a landlord wanted to steal this business. They frustrated all our efforts

“And did everything to make sure we failed. From refusing to renew our rent, to withholding our share of revenue for months…and there is no host that I have ever partnered with who has not ventured into the same business. They killed us to steal what we had.

“I believed so much in partnership and distinctive competence (stick to what you are good at) but the average Nigerian wants to be you.. They do not want to be like you. I was very humbled when people stole our menu and ideas… we must have been doing something right

“But later on, I saw sheer evil at play. Organisations who would make millions a week but keep our tiny 300k for 2 months until we had annoyed customers and suppliers. When I started smoothie heaven I did not want to be like my only competition at the time…I wanted to be me

“That is probably why we ended up overachieving. I have so many customer stories and great experiences. We were proud to be 100% fruit, 100% healthy and 100% original. This spirit of covetousness is what has practically ruined Nigeria.

“We don’t want to create…we just want to copy what others are doing and take what is theirs whether we can do it or not. Let me salute my pioneer partners who built with blood and sweat @hush_smoothies for staying and remaining in the game. God bless your hustle.”

MORE READING!  May you be as happy as you make me, Chioma tells Davido on 28th birthday

I am a pastor and I like p*s*y, Pastor Wilson reacts to viral sex tape [Video]