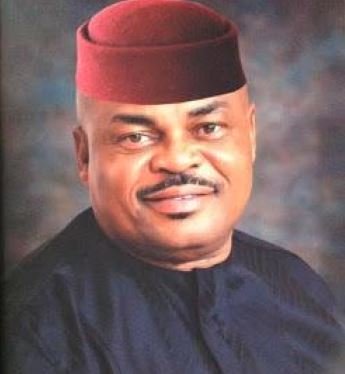 As the Independent National Electoral Commission [INEC] finally releases the guidelines and date for the by-elections in the states and parties expected to nominate their candidates between August 24 and September 8, the People’s Democratic Party [PDP] in Imo State may not find selecting an acceptable candidate difficult.

This is because the party already has a near-consensus candidate in Chief Emmanuel Okewulonu [Ikeoha Gburugburu], a retired Nigeria Customs Service official, the man everybody seems to be tipping to clinch the ticket for obvious reasons.

The Imo North [Okigwe] Constituency election is for the replacement of the late Benjamin Uwajumogu, who died some months back and feelers are that everybody is rooting for the Ikeoha Gburugburu, based on his personality and philanthropy.

The general impression is that the people of Okigwe senatorial zone have not been so lucky in terms of representation in the Senate and dividends of democracy in the past eight years and therefore see the emergence of a man of the Ikeoha Gburugburu’s standing as a timely one.

“We only know that people had been sworn in as legislators, but the people of Okigwe who voted them have never felt their presence. This time we have decided to appeal to someone who uses his personal wealth for the upkeep of the youths, the elderly and the widows to represent us,’’ Remigius Okorie, an influential son of the community said.

It was also gathered that the elites, traditional rulers as well the entire people of the constituency appealed to the retired customs officer, who is now into private business to accept the people’s request to stand in for them at the senate.