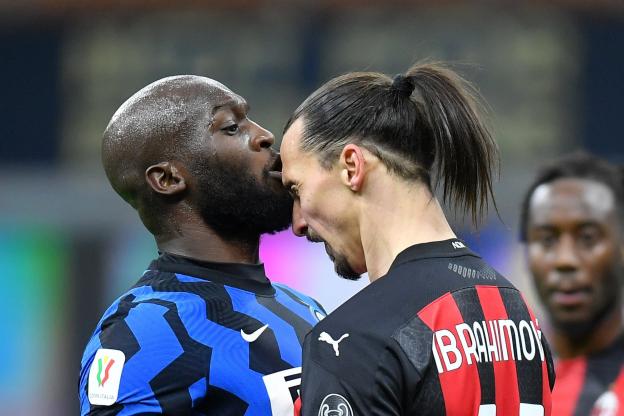 Zlatan… racist? ? He loves me too much so he’s the last person I’d think of as racist! Come on, don’t joke with that one! ?

His comments came after the Swedish international who shares the same agent with the Frenchman was accused of racism attacking former United striker, Romelu Lukaku, Pogba’s best friend.

Ibrahimovic and Lukaku were engaged in a heated outburst during Tuesday night’s Coppa Italia quarter-final against Inter.

Although both players were booked for the clash, Ibrahimovic ended up getting sent off for another yellow card in the second half as his team lost 2-1.

TalkSports reported that Ibrahimovic’s ‘voodoo’ remark was believed to be in reference to Everton owner Farhad Moshiri’s claim in January 2018 that Lukaku left the Toffees after a witch doctor advised him to join Chelsea.

Lukaku has denied those accusations and has threatened to sue Moshiri for his comments.

After the game, Milan’s coach Stefano Pioli said that Ibrahimovic had “apologised like the great champion he is” to his teammates, while Inter’s Antonio Conte, meanwhile, played down the spat between the players.

He said “… during a game tempers can flare and situations occur when you get angry…The important thing is to keep it in the right dimension.”

Recall that back at Manchester, the duo were close with Lukaku admitting to having learnt a lot from the big Swede.

“Everything I learned from Zlatan was great, from his stories that he told me when he was at Inter, AC Milan, Barcelona and even Ajax, to being on the field working with him, seeing how competitive he was.

“I learned just to focus, work hard and enjoy it as well. Because he is a guy who you can have a lot of fun with as well and having his personality in the dressing room was good,” Lukaku told United website in 2019.

Lookman, Tella, six others cleared to play for Super Eagles by FIFA