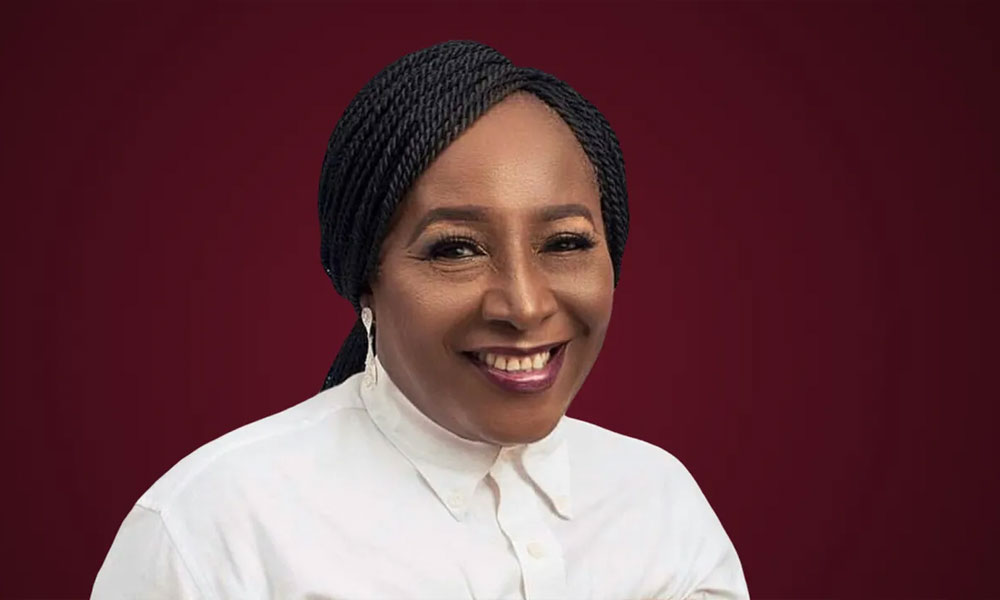 Veteran actress, Patience Ozokwor popularly known as Mama Gee has taken to her verified Instagram account to reveal how she was introduced to the Nigerian film industry.

The iconic actress shared an old picture of herself and took to the caption section to hint that her colleagues, actors Chika Okpala also known as Chief Zebrudaya and the late Pete Eneh ‘practically dragged’ her to join Nollywood.

“Early years in Nollywood. Eyes firmly on the goal. Fun fact: I was introduced to Nollywood by Chief Zebrudaya (Chika Okpala) and Pete Eneh (may God continue to rest his soul). They were my classmates in Esute mature university program. They couldn’t believe how much I made them laugh every day in class. They practically dragged me into Nollywood (a story for another day). Before then I was doing radio drama and stage play,” she wrote.
Patience Ozokwor acted in the soap opera Someone Cares, but her second movie feature, Authority, which was released in 1999 shot her to fame.
She won the Best Supporting Actress award in 2012 and 2013 at the 10th Africa Movie Academy Awards; and has numerous awards to her name.
Throughout her years of acting in Nollywood, Mama G has more than 100 movie and TV credits to her name. Some of these include Chief Daddy, Blood Sister, Two Rats, Turning Point and Heart of a Slave.
Furthermore, she has portrayed an onscreen mother to many Nollywood A-listeres, including Van Vicker, Ini Edo, Ramsey Nouah and Rita Dominic.
Asides from acting, Mama G is also a gospel singer and fashion designer. Ozokwor has released gospel albums.
One of Patience Ozokwor’s greatest achievements was in 2014, when the Nigerian President Jonathan Goodluck honoured Patience, along with 99 other Nigerians, to celebrate the unification of the northern and southern protectorates.

Chico Ejirio: RMD, Desmond Elliot, others turn up for tribute