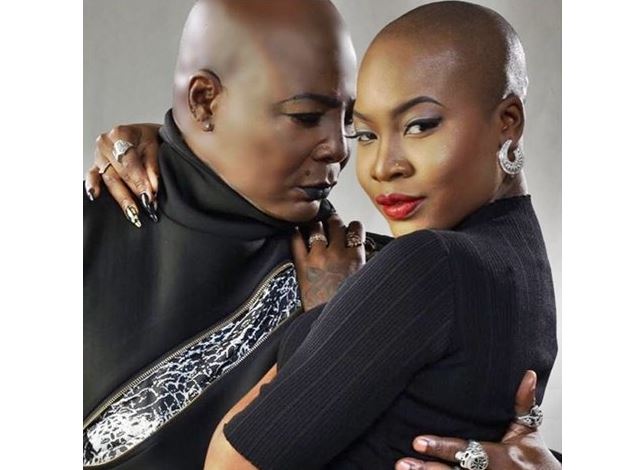 Charly Boy has been dragged by his daughter Dewy Oputa after he revealed that he embraced her when he discovered that she’s homosexual.

He revealed that it was difficult for him to accept her at first but had to embrace her so as not to soil their relationship.

In response to Charly Boy’s post, Dewy Oputa described it as clout chasing.

She recounted how she was chased out of the house when her sexuality was discovered.

MORE READING!  My dad is the greatest of all time, says Wizkid’s son, Boluwatife

Surprised that her father is portraying himself as the “father of the year”, Dewy Oputa wrote on Twitter:

“Gaslighting at its finest.

It’s quite unfortunate that my life is nothing but content I just can’t wrap my head around the hypocrisy. All this for a drop of clout,attention and praise from strangers just to feed your ego.

Honestly I was going to just free this situation because I’m used to this toxicity and mentally I’m tired but after seeing this i can’t stomach this pretentious behavior anymore because on a normal level this man no Dey even pick my call.

2017 I got kicked out of the house and was damn near homeless and if not for my friend I wouldn’t have even had food or Shelter!

Fortunately for me I had a return ticket to come back to Atlanta, I moved back here with zero dollars not even knowing where

I was literally living couch to couch and lord knows how tirelessly Iv worked so I could have my own stability!

You didn’t even know if your daughter was dead or alive anything could have happened to me.

But on social media you father of the year.

You have literally put Instant blood.”

Taaooma to decide kind of wedding we’ll have – Abdulaziz Green