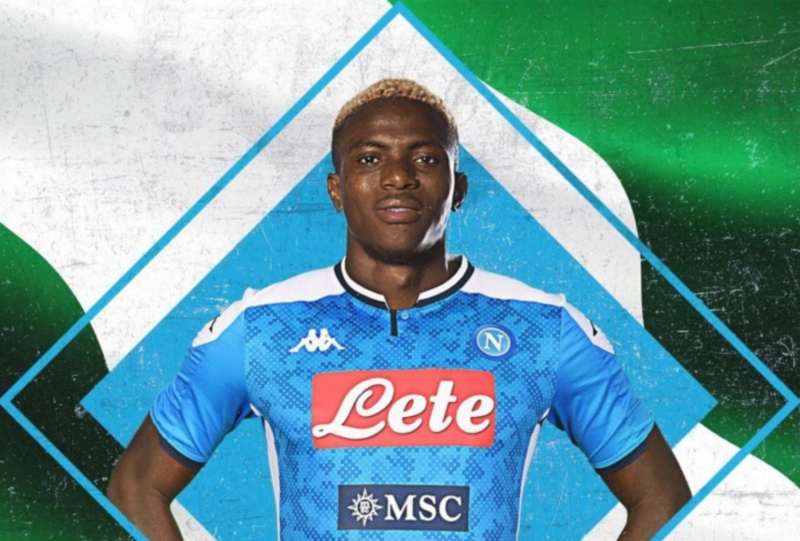 Africa’s most expensive footballer, Victor Osimhen, has disclosed how a herbalist offered to fortify his boots to ensure he attains rapid growth in the round leather game.

WuzupNigeria reports that Osimhen became Africa’s costliest player after his €70m transfer from Lille to Napoli.

The 21-year-old in a 30 seconds video uploaded on the Super Eagles official Instagram status advised lads to distance themselves from fetish action in their quest to stardom.

“A woman in my area was sent to lure me into fetish thing. I rejected and distance myself. To God be the glory, the woman is still there. (Back to sender) she is still where she is,” he said.

“You don’t need to rob anything on your boot. Better still use the Bible. Not “Juju” (voodoo).”

Osimhen will be aiming to justify his price in next season’s Italian Serie A league. The Naples No.9 jersey believes with God, he is capable of robbing shoulders with world-famous Ronaldo, Zlatan Ibrahimovic, Ciro Immobile and host of others in the race for next season Italian league highest goal scorer award.

Before his transfer, he was voted African best player in the French league.

He netted 18 goals for Lille in competition and was ranked 4th on league goal scorer chat before the French season ended prematurely owing to the Covid-19 pandemic.

Related Topics:FeaturedfootballerLilleNapoliVictor Osimhen
Up Next