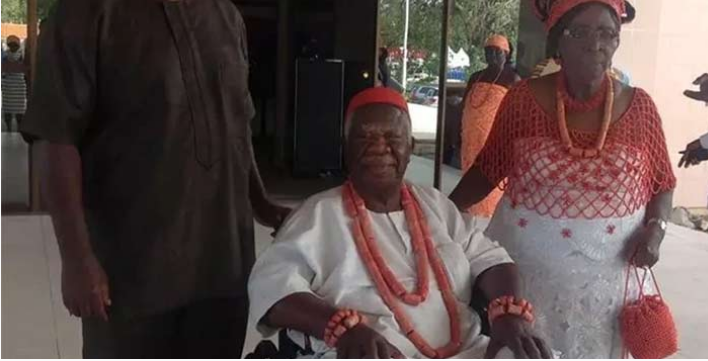 In a statement on Friday issued by her Media Adviser, Paul Nwabuikwu, the former minister said her father died in Lagos shortly after returning from a trip from the United States.

The late monarch, who was a professor of mathematics, ascended the throne as the Obi of Ogwashi Uku in 2007, died at the age of 91.

The former minister described her late father as a passionate intellectual and prolific writer whose last book was published at the age of 90.

“He touched so many lives personally and professionally and was an unrelenting believer and practitioner in the power of education to transform lives.

“In pursuit of this commitment, Daddy sponsored the education of at least 19 students up to university level in addition to his own seven children. He inspired and motivated so many more.

“Having witnessed the ravages of war, he was committed to unity and peaceful coexistence of all.

“From his marriage of 66 years to our mother, Professor Kamene Okonjo to his dedication to duty, he was exceptional.”

She said as a family, he would be remembered most as a loving father and inspiration who led by personal example, the value of a life of service anchored on integrity, fear of God and love for others.