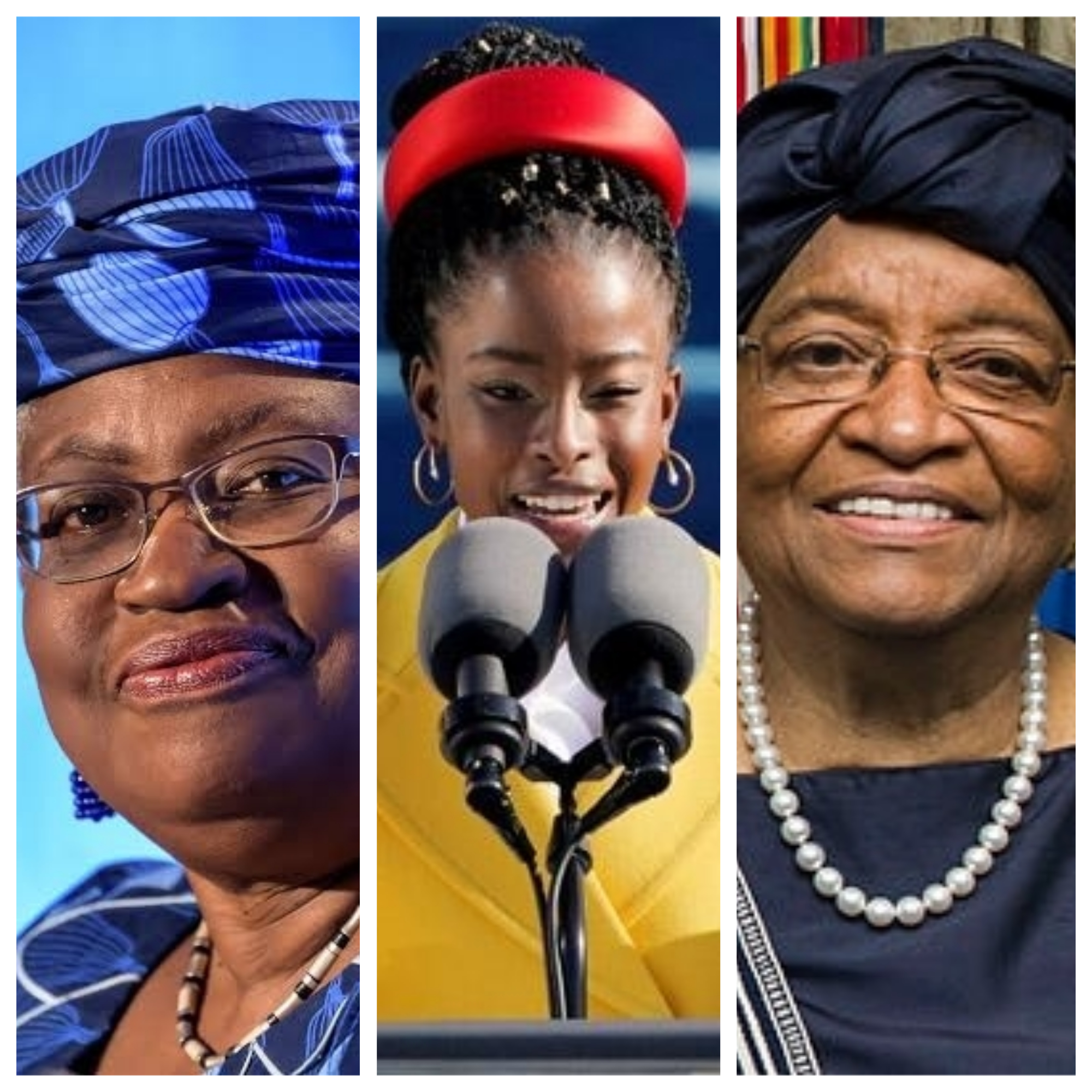 Women across the globe have been influential in diverse professions and spheres of life; from politics, sports, science, to entertainment.

Their heroics and achievements across the board have further strengthened the call for gender parity all over the world, hence the need to celebrate the bravery of women every year, March 8, in honour of the remarkable feat of the female species.

As the world marks the 2021 International Women’s Day with the theme -“Choose To Challenge”, WuzupNigeria chronicles some women who had made tremendous progress in their respective fields.

Born on 13 June 1954, Okonjo-Iweala is the first woman and the first African to hold the office of the Director-General of the World Trade Organization.

The economist and international development expert sits on the boards of Standard Chartered Bank, Twitter, Global Alliance for Vaccines and Immunization, and the African Risk Capacity (ARC).

Okonjo-Iweala spent a 25-year career at the World Bank as a development economist, scaling the ranks to the number two position of managing director, operations (2007–2011). She was the first woman to serve as the country’s finance minister in 2005, Euromoney named her global finance minister of the year.

Born February 7 1998, Groman was the first person to be named National Youth Poet Laureate.
She became the youngest inaugural poet after delivering an original poem, titled “The Hill We Climb,” during the inauguration of President Joe Biden on January 20, following in the footsteps of Maya Angelou, Richard Blanco and Robert Frost.

Gorman recited an original poem honouring three people — Los Angeles educator Trimaine Davis, Florida nurse manager Suzie Dorner and Pittsburgh-based James Martin, a Marine veteran who volunteers with the Wounded Warrior Project and who has taken in local kids facing issues at home — for their work during the coronavirus pandemic.

Born Ellen Eugenia Johnson on 29 October 1938, Sirleaf was the first elected female head of state in the whole of Africa. She served two terms from 2006 to 2018 as the 24th President of Liberia after previously finishing in second behind Charles Taylor during the 1997 presidential election.

In June 2016, Sirleaf was elected as the Chair of the Economic Community of West African States, making her the first woman to hold the position since it was created.

The Liberian politician served as Deputy Minister of Finance of Liberia from 1971 to 1974 under the 24th Liberian president, William Tolbert. Later she worked for the World Bank in the Caribbean and Latin America. In 1979, she received a cabinet appointment as Minister of Finance, serving to 1980.

She won the Nobel Peace Prize in 2011, in recognition of her efforts to bring women into the peacekeeping process. She has received numerous other awards for her leadership.

Born on 13 January 1931, Nwapa was a Nigerian author who has been called the mother of modern African literature. She was the forerunner to a generation of African women writers and was also acknowledged as the first African woman novelist to be published in the English language in Britain.

Her first novel Efuru, published in 1966 at the age of 30 by Heinemann Educational Books gave her international recognition.

Although she never considered herself a feminist, Nwapa was best known for recreating life and traditions from an Igbo woman’s viewpoint.

She was influential for the government and helped in the rehabilitation of orphans and refugees who were displaced during the Biafran War.

Furthermore, she had published African literature and promoted women in African society.
According to reports, Nwapa was one of the first African women publishers when she founded Tana Press in Nigeria in 1970.