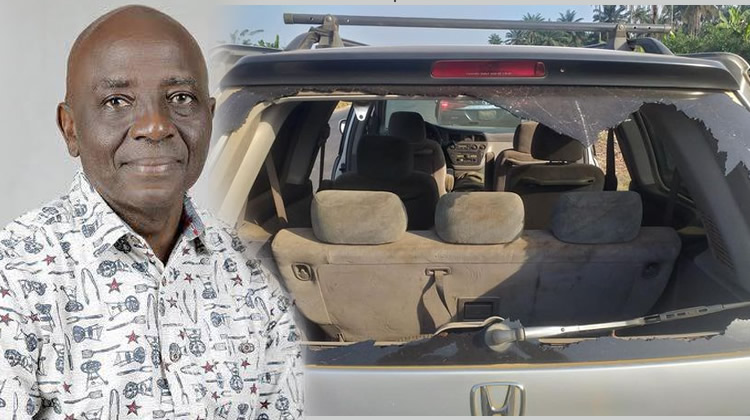 The lawmaker was whisked away from the venue of a constituency meeting held in Ikire, Osun State, on Sunday when some unknown gunmen attacked him.

The Senator’s Senior Legislative Aide, Adams Adedimeji, who confirmed the development to our correspondent, said Oriolowo was the main target of the assassins.

He said the Senator had gone for a constituency meeting at Ikire town in the Irewole Local Government Area of Osun State, which is under his constituency.

Oriolowo had posted on his Facebook page that his assailants attempted to assassinate him.

“Just escaped an Assassination attempt on my life and that of my entourage. To God be the glory, we are safe and alive.

“God is my helper, my shelter and my fortress, I fear no evil.”

Adedimeji, however, told our correspondent that his boss was rescued safely and that he was already in Osogbo, the state capital as of the time of filing this report.

“The meeting was already in progress when the assailant struck. They shattered the windscreen of his vehicle but he is okay now. He is already in his Osogbo home.”