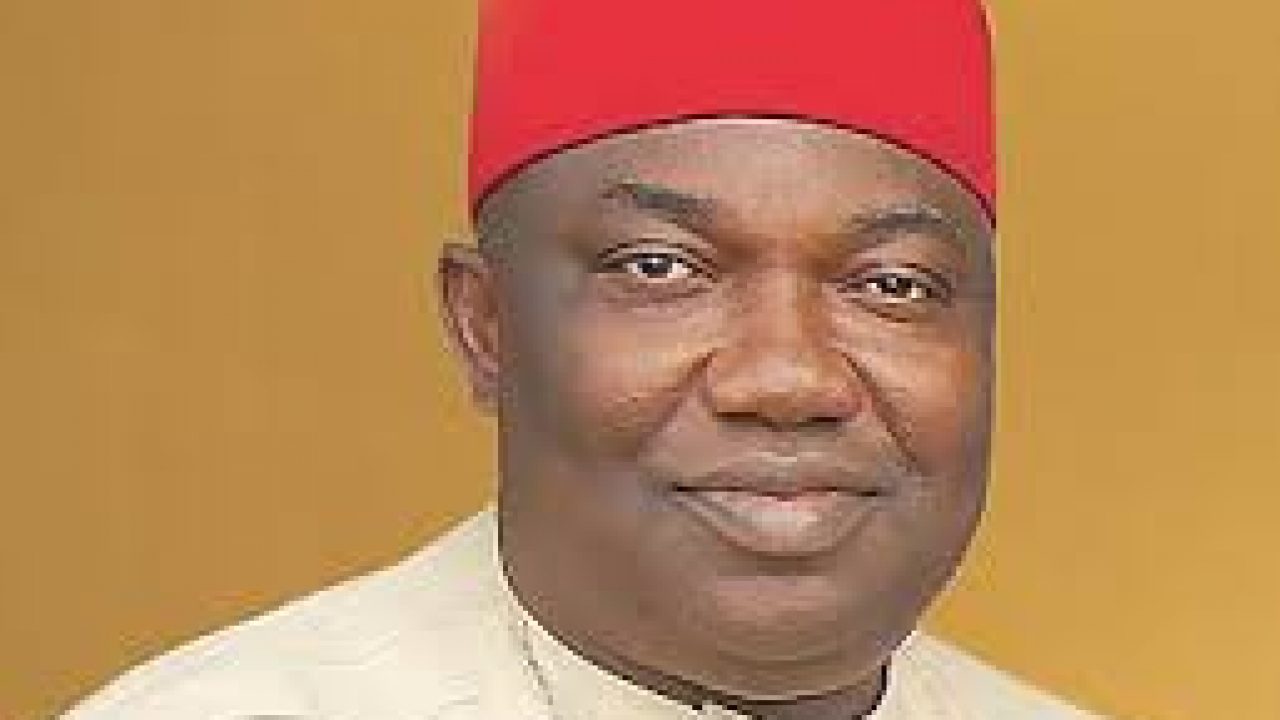 Swearing in the new judges, Ugwuanyi lamented the difficulties being experienced because of the death of Judges in the state.
He pointed out that the appointment of the new Judges was “a timeous” relief to the Enugu State Judiciary and the people of the state.
Ugwuanyi congratulated the new Judges on their well-deserved appointments and charged them to bring their expertise and the requisite gravitas to bear on the discharge of their new responsibilities.
He explained that the action is a sequel to his approval of the recommendations of the National Judicial Council (NJC), in compliance with Section 271 sub-section 2  and Section 281 sub-section 2 of the 1999 Constitution of the Federal Republic of Nigeria.
The Chief Judge of Enugu State, Justice Priscilla Emehelu, thanked Governor Ugwuanyi for his administration’s commitment to the provision of critical infrastructure for the State Judiciary.
Emehelu stated that, prior to the inception of Gov. Ugwuanyi’s administration, it has not been possible for the Judiciary of Enugu State to get even one slot for appointment.
She described the swearing-in of the new Judges as historic and stressed that it was remarkable to note that the State Judiciary under the present administration, from 2016 to date, has produced 15 Judges.
Emehelu thanked Ugwuanyi for making the feat possible, stressing that it could not have been possible if not for his administration’s massive infrastructural interventions in the State Judiciary.
According to her, a committee of the NJC came and inspected what we had on the ground and having been satisfied, gave us the green light which culminated in the appointment of the judges.
Responding on behalf of other newly sworn-in Judges, Justice Nkeiru Aroh-Onuoha, thanked God and Gov. Ugwuanyi for the elevation.
She commended the governor for his administration’s unprecedented interventions in the Judiciary.
Aroh-Onuoha also appreciated the State Chief Judge for her motivation and support and other officials who contributed towards their accomplishment.
The Judges sworn in were Justices Nkiru Aroh-Onuoha, Paul Ugwueze, Hyacinthia Ezugwu, Juliet Mogboh, Paulinus Anike as High Court judged.
Justice Richard Ogbodo was sworn-in as a Judge of the Customary Court of Appeal of the state.
MORE READING!  Gov. Umahi's special adviser resigns to save failing marriage
Related Topics:EnuguGov Ugwuanyi
Up Next