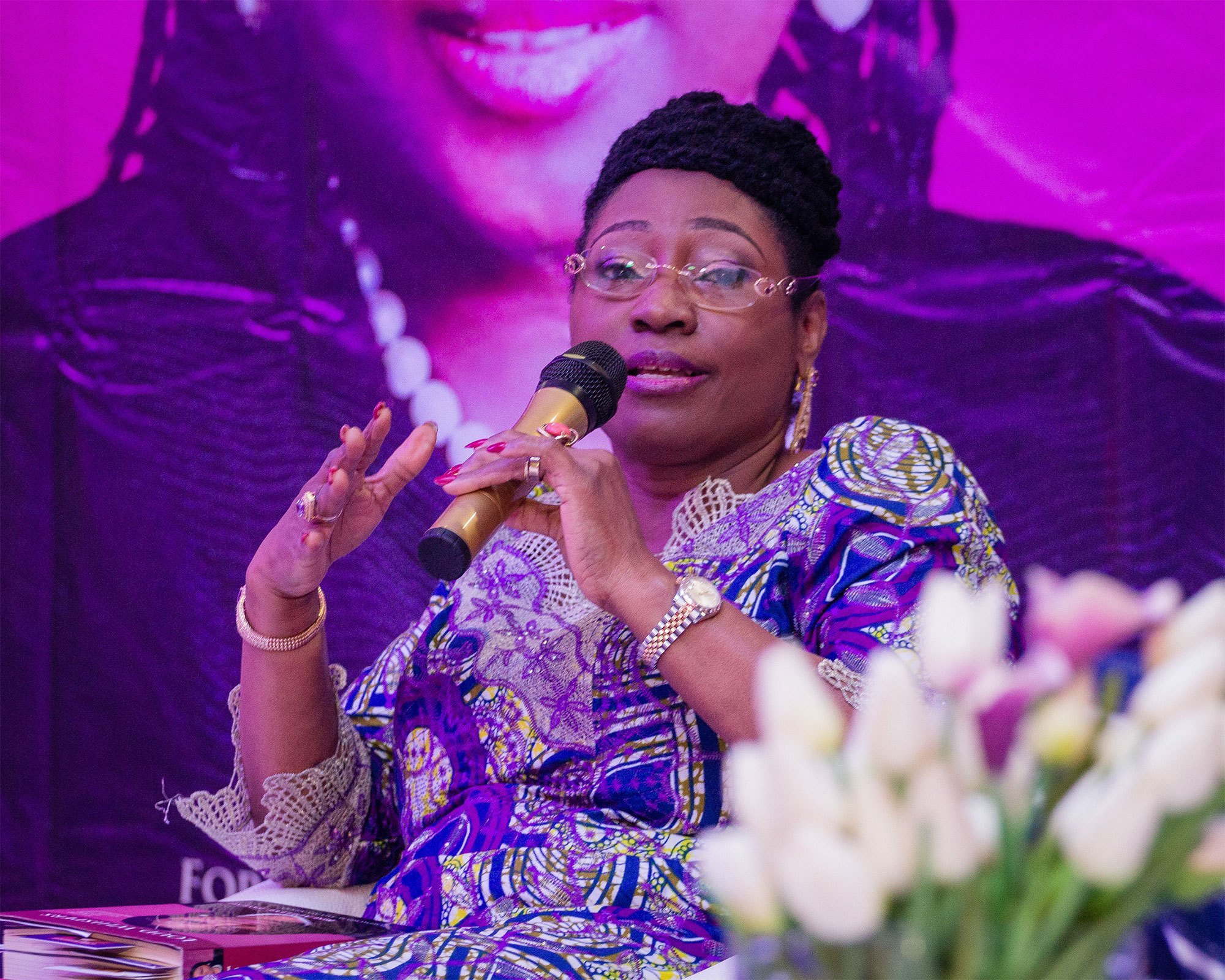 The protest embarked upon by students of the Federal University, Oye-Ekiti, turned violent on Tuesday evening leaving in its trails vandalisation of properties.

Wife of the Governor of Ekiti State, Mrs. Bisi Fayemi, who was on tour of council areas in the state, escaped being attacked by the protesters as they smashed all the vehicles in her convoy.

Sources at Oye Ekiti alleged that no fewer than two persons were feared killed in the course of the protest.

The students, who got a hint of the presence of the governor’s wife, who had been to two other council areas earlier, mobilized for the action.

Sources said the governor’s wife was “whisked away from the scene in a commando-like manner,” while others in her convoy scampered to safety.

However, some people including journalists in the First Lady’s convoy were injured in the attack.

The convoy armed with sticks and stones, were attacking unsuspecting commuters and commuters when the convoy of the governor’s wife arrived as they hurled stones at the vehicles.

Sources alleged that the protesters, which comprised students, hoodlums and commercial bike operators, torched a police van and as well seized two rifles from policemen.

According to sources, hoodlums and commercial bike operators had joined the students in the protest over poor power situation in the two campuses of the university and the host communities.

Reacting, the Police Public Relations Officer, Ekiti Command, Mr Caleb Ikechukwu, who confirmed the attack on the governor’s wife, however, debunked reports that two persons were allegedly killed in the protest.

“Nobody was killed. There was no loss of live. The students protested in the morning and blocked the Ifaki-Ikole-Omuo highway and prevented free flow of vehicles. The students did not allow vehicles to move freely and they vandalised the property of BEDC.

“When police went there to dialogue with them, they resisted them. And the wife of the governor who went on local government tour ran into the barricade mounted on the road.

“The students were reported to have been violent destroying cars and smashed the windscreens of vehicles. We want to warn that the command won’t tolerate hooliganism under any guise. We want to assure the public that the police are on top of the situation and our people must go about their normal businesses,” the police spokesman said.

The students’ protest, which started as early as 6.30am, came on the heels of an earlier one four months ago over the same cause, with the placards carrying student massed at the gates of their campuses to prevent entry and as well disrupted smooth flow of traffic on the federal highway leading to Ilupeju, Ikole and Kogi and Abuja axis.

President of the Students’ Union Government, Oluwaseun Awodola, while addressing the students, had lamented poor power supply, which he said had heightened insecurity of lives and property on the two campuses and host communities.

“Everywhere in FUOYE is dark. Our students keep charging at petrol filling station. This is risky. We don’t want mass death in FUOYE. What we want is a stable power supply,” he said.

Other leaders, who took turns to address the gatherings, said students’ environment needed stable power supply for them to read and have unhindered access to internet.

FUOYE Public Relations Officer, Mr Godfrey Bakji, who said the university was not in control of power, described the protest as senseless, as he appealed to the students not to disrupt academic activities.

Millions of Nigerians in hardship because of corruption – Buhari