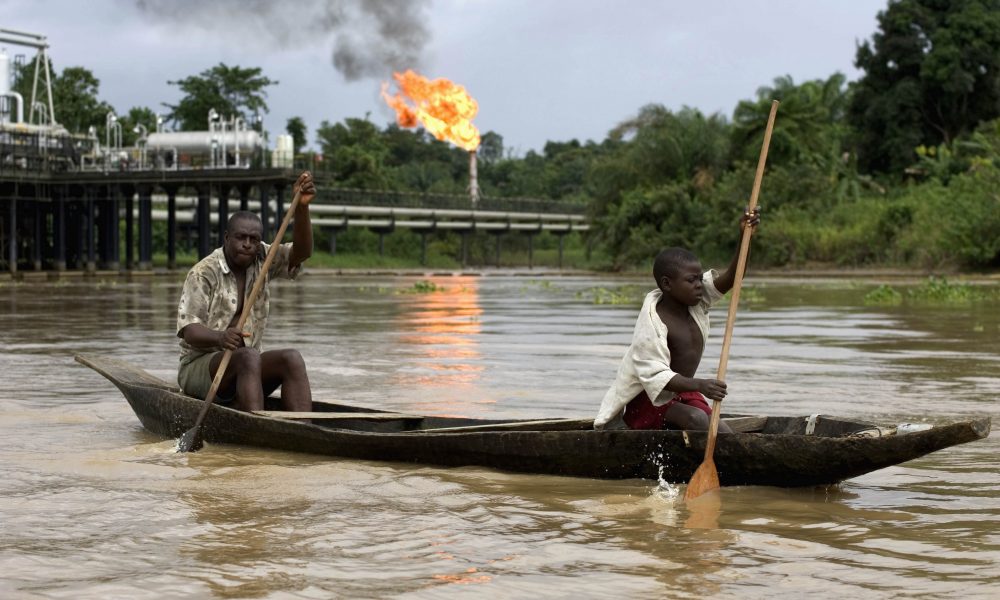 Some fishermen operating on the coastline of the Atlantic Ocean near Bayelsa, have reported an oil leakage from the Funiwa oilfield operated by Chevron Nigeria (CNL), the fishermen from Koluama in Southern Ijaw Local Government Area of Bayelsa raised the alarm on Sunday in Yenagoa.

Tombra Ebitimi, a fisherman from the coastal settlement, said he observed the incident on Saturday night and subsequently reported the same to the community leadership.

He said that apart from helicopters sighted around the area possibly for assessment, meaningful response efforts had yet to begin.

“Some of us, who went on fishing, sailed into the oil-contaminated area near the Funiwa oilfield got our nets and fishing gear soaked with crude on Saturday.

But we noticed some helicopters hovering around the facility by today,’’ he said.

Ebitimi said it could be that community leaders have informed the company of the development, which made them deployed helicopters in the area.

He appealed to the company not to apply toxic chemicals from the sky to dissolve the crude oil, saying, “those chemicals are unfriendly to fishes and marine life generally’’.

He said that fishermen in the area had temporarily suspended fishing to avoid catching contaminated fishes that could jeopardise public health.

Related Topics:ChevronFishermenoil spill
Up Next