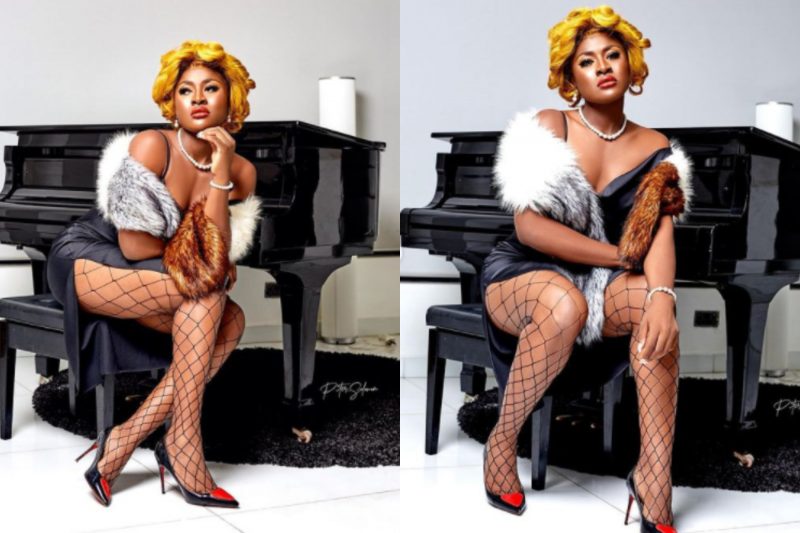 On her Instastory, Alex stressed that marriage should be enjoyed and not endured.

According to her, if there are certain things one find intolerable or cannot change in a partner during courtship, it is better to end the relationship than hope to marry and hoping that they will go away.

”I will talk about it when we get married”

”Let me secure this marriage first”.

“These things and more are the beginning of a failed marriage,” she wrote. 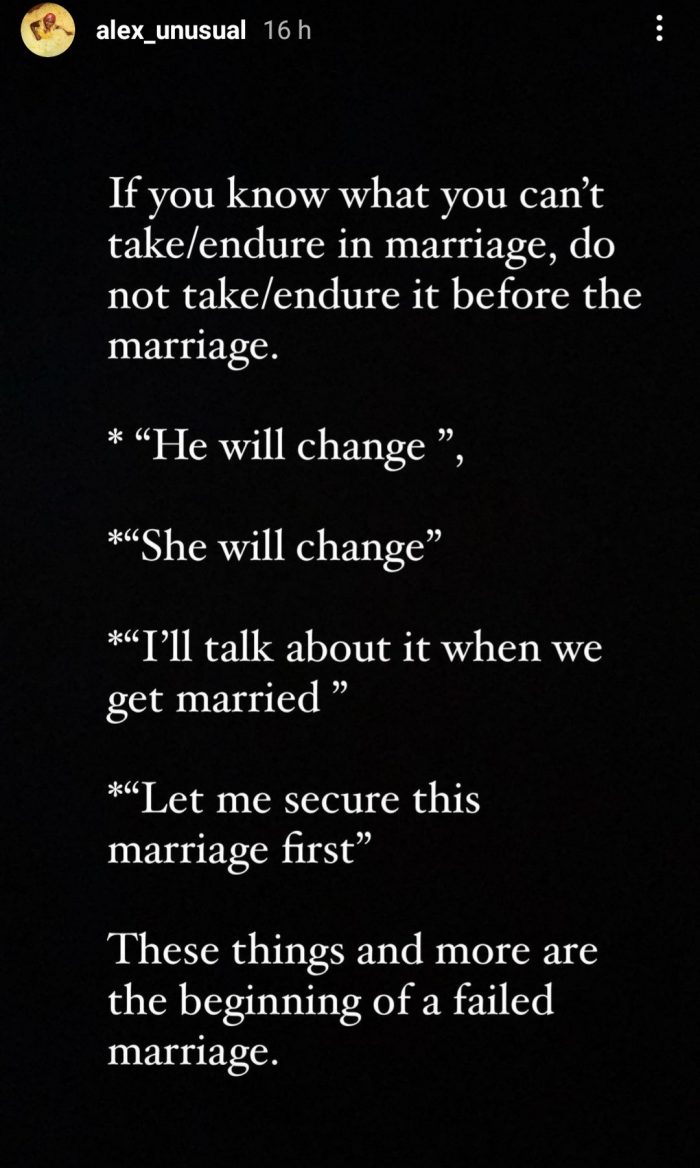 Related Topics:Alex unusualInstagram
Up Next