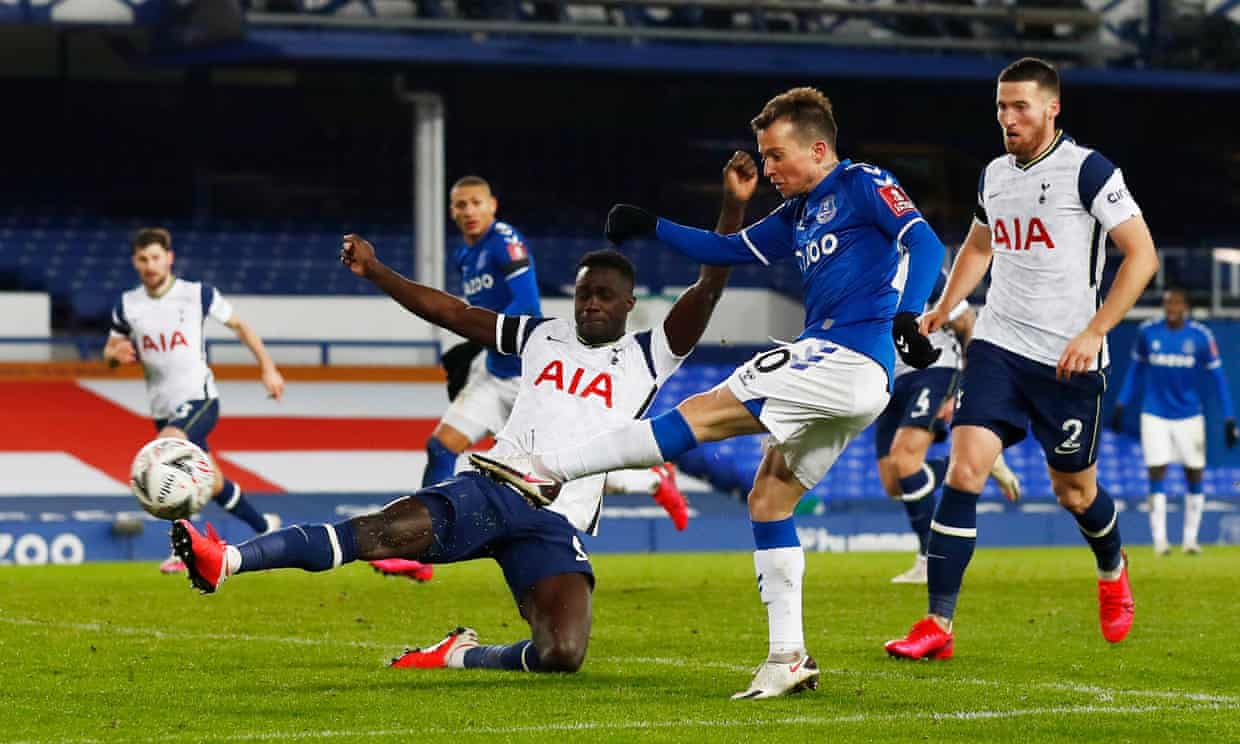 Substitute Bernard fired Everton into the FA Cup quarter-finals with an extra-time goal to seal an astonishing 5-4 fifth-round victory over Tottenham Hotspur on Wednesday.

Tottenham striker Harry Kane’s late header had levelled it up at 4-4 to send a see-saw tie into extra time at Goodison Park and it was Bernard who settled it with a superb finish.

Everton had fallen behind in the third minute when Tottenham defender Davinson Sanchez headed past Robin Olsen.

Tottenham controlled the opening half-hour but Everton struck three times in seven minutes to turn the tie on its head.

Dominic Calvert-Lewin had already been denied by the woodwork but he blasted the equaliser in the 36th minute before setting up Richarlison two minutes later to put Everton ahead.

Kane, on as a 53rd-minute substitute, had been relatively quiet for Tottenham but headed his side’s second equaliser of the night from Son Heung-min’s superb cross.

The frenetic pace dropped a little in extra time but Bernard was played in by Sigurdsson’s superb chip and he thumped his shot past Hugo Lloris to keep alive Everton’s bid for a first FA Cup triumph since 1995.