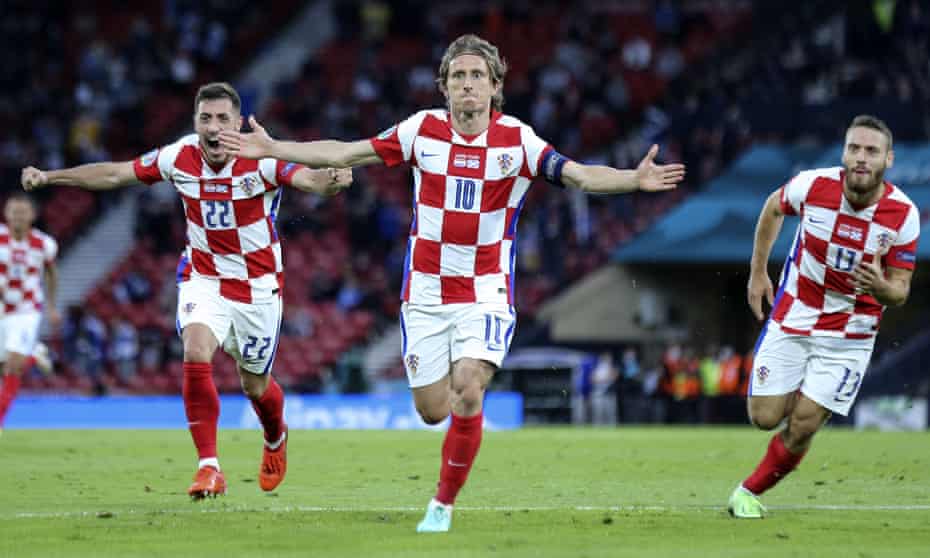 Croatia pulled a stunning 3-1 victory over Scotland at the Hampden Park in Glasgow to enter the EURO 2020 knockout stages.

The win automatically sends Croatia who began the night with just one point into second spot on goal difference ahead of Czech Republic who ended their Group D game with a 1-0 defeat to England.

Nikola Vlasic gave Croatia the lead in the 17th minute before Callum McGregor restored parity three minutes before the break.

Luka Modric restored Croatia’s lead with a stunning 62nd minute strike before Ivan Perisic shattered the hopes of the home crowd with a 77th minute  finish.

Scotland ended their campaign with just one point from three games having lost their opening game to Czech Republic before a goalless draw against England.

Reacting to the result, Scotland’s McGinn said: “I’m just devastated we’re not through. Extremely proud of the effort. Tonight we cam up against an excellent team. We were ignoring all the noise about them being an ageing team and slow. They’re an excellent team and Luka Modric is one of the best players in the world.

One of the goal scorers, McGregor added: “The lads are shattered. They put so much energy into it … They just had too much quality in the end. That’s what you’re up against at this level. It’s a tough lesson. My first goal for my country was a proud moment but ultimately we’re disappointed. But it’s been an amazing experience, every one of us has learned so much. It just gives you the hunger to come back again to the international stage.”

Related Topics:CroatiaEuro 2020Scotland
Up Next