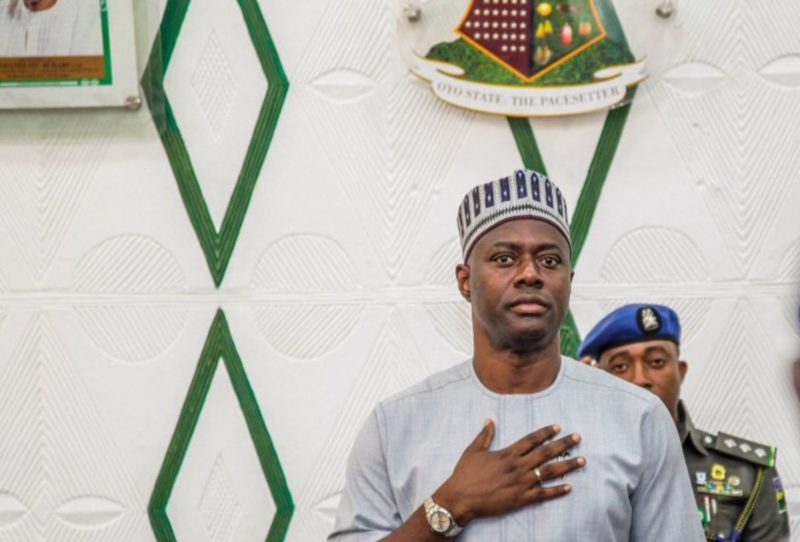 Governor Seyi Makinde of Oyo State has condemned the killings that occurred in Ogbomoso during last weekend’s EndSARS protest embarked upon by some youths in the state.

In a statewide broadcast on Monday in Ibadan, Makinde expressed sadness over the unwarranted killing of innocent citizens of the state.

“I cannot imagine the pain and frustration of the parents and families of those who have died or are hospitalised as a result of the actions of the Nigeria Police Force during these EndSARS protests.

“As I stated clearly in my earlier statement, peaceful protests are a legitimate way for citizens to make their grievances known to the government and it is totally unacceptable for anyone to be hurt during such protests.

“Last night, I held an emergency meeting with the heads of the main security agencies in Oyo State. I have again restated my position on the ongoing protests to them,” Makinde said.

The governor said that;

“We have agreed that the police should take a back seat as other security agencies take the frontlines in securing the lives of protesters, at this time.”

“Therefore, we have deployed members of Operation Burst to the hot spots, especially Ogbomoso, to ensure that as people protest, they will not be harassed or brutalised.

“I urge all residents of Oyo State to go about their activities without fear,” the governor stated.

“These are trying times for all of us and I pray that God continues to guide us and give us wisdom to navigate through them,” Makinde said.

MORE READING!  I thought it was crayfish, man arrested with Indian hemp says
Related Topics:Governor Seyi MakindeOyo State
Up Next