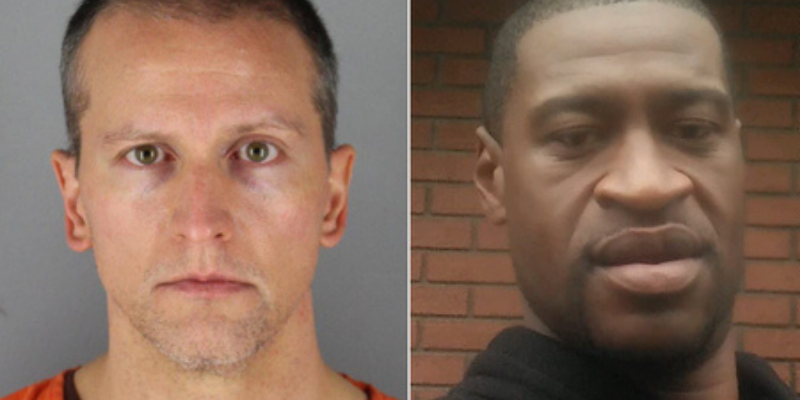 Former Minneapolis police officer Derek Chauvin was convicted on Tuesday of murdering George Floyd, a milestone in the fraught racial history of the United States and a rebuke of law enforcement’s treatment of Black Americans.

A 12-member jury found Chauvin, 45, guilty of all three charges of second-degree murder, third-degree murder and manslaughter after considering three weeks of testimony from 45 witnesses, including bystanders, police officials and medical experts. Deliberations began on Monday and lasted just over 10 hours.

In a confrontation captured on video, Chauvin, a white veteran of the police force, pushed his knee into the neck of Floyd, a 46-year-old Black man in handcuffs, for more than nine minutes on May 25, 2020. Chauvin and three fellow officers were attempting to arrest Floyd, accused of using a fake $20 bill to buy cigarettes at a grocery store.

The jurors remained still and quiet as the verdict was read. Chauvin, wearing a gray suit with a blue tie as well as a light-blue face mask, nodded and stood quickly when the judge ruled that his bail was revoked. He was taken out of the courtroom in handcuffs and placed in the custody of the Hennepin County sheriff.

The conviction triggered a wave of relief and reflection not only across the United States but in countries around the world.

“It was a murder in the full light of day and it ripped the blinders off for the whole world to see the systemic racism,” President Joe Biden said in televised remarks. “This can be a giant step forward in the march toward justice in America.”

Outside the courthouse, a crowd of several hundred people erupted in cheers when the verdict was announced – a scene that unfolded in cities across the country. Car horns honked, demonstrators blocked traffic and chanted: “George Floyd” and “All three counts.”

At George Floyd Square in Minneapolis, the intersection where Floyd was killed and which was later named in his honor, people screamed, applauded and some threw dollar bills in the air in celebration.

While celebrating the verdict, protesters called for justice in the case of Daunte Wright, a Black man who was fatally shot by a police officer after a routine traffic stop on April 11, just a few miles from where Chauvin stood trial. Kimberly Potter, who has turned in her badge, has been charged with manslaughter in that case.

George Floyd’s brother Philonise, speaking at a news conference with several family members, said: “We are able to breathe again” after the verdict, but he added the fight for justice was not over.

“We have to protest because it seems like this is a never-ending cycle,” he said.

JUST IN: Three killed, others injured after knife attack in Germany