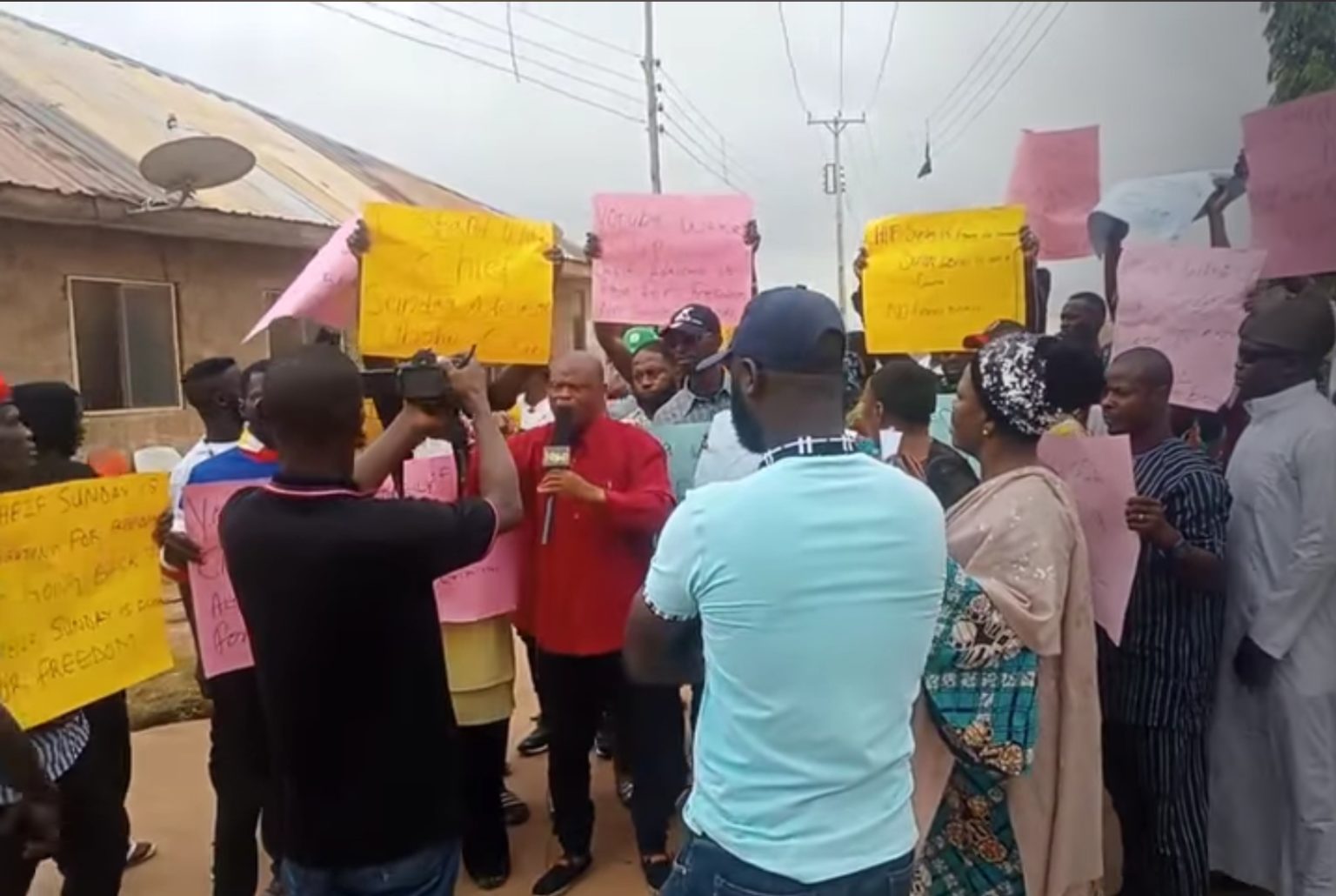 There is an ongoing protest by supporters of the embattled Yoruba activist, Sunday Adeyemo aka Sunday Igboho, rocking Ibadan, the Oyo State capital over his arrest and proposed move to extradite him from Benin Republic.

Igboho was said to have been arrested at an airport in Cotonou on Monday night and is still being held in custody by Beninese authorities.

The Nation reported that the protesters gathered in front of Igboho’s house in the Sooka area of Ibadan from where they took to the streets around 12 noon on Wednesday.

Eyewitnesses said they also blocked some sections of the road, which led to traffic snarl around the Lagos-Ibadan expressway.