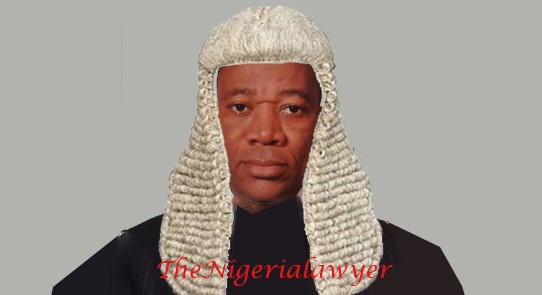 A Delta State High Court judge, Anthony Okorodas, who recently learned that the three children he had with his first wife are not his, has said he would not stop taking care of the children even though they are not biologically his.

“Ebi and I will continue to support the children in any way that we can. Indeed, even after the release of the first DNA test result which proved that I was not the biological father of the last child, we have continued to pay for his education in a private boarding school.”

Ebi is one of the children. Okorodas said in a statement that he discovered after he had sponsored two of them to university while the third one was already 17 years old.

The judge said he discovered this after the three children were subjected to DNA tests.

Okorodas, who described the discovery as devastating, said he and his current wife had been responsible for the three children’s education, two of whom are university undergraduates since their mother left the marriage 11 years ago.

However, the judge said he was relieved that the four children with his current wife were all confirmed to be his biological offspring after DNA tests.