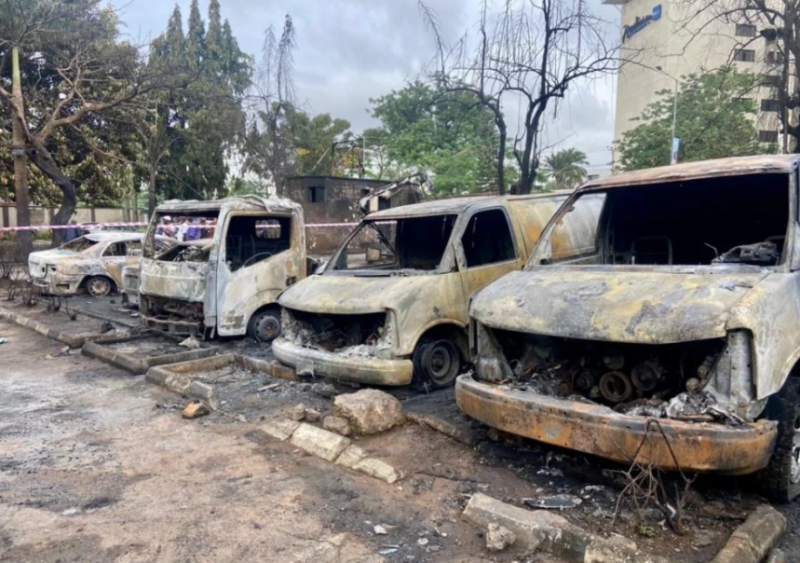 No fewer than five persons have been reported dead in the gas explosion that rocked Mobolaji Bank Anthony Way, in the Maryland area of Lagos State, on Thursday night.

Tayo Bamgbose-Martins, the Lagos State Commissioner for Special Duties, disclosed this while addressing reporters at the scene of the incident on Friday morning.

Bamgbose-Martins said, “Lives were lost. We had about 13 people rescued but we understand that out of the 13 people, we’ve lost two of them which means that we’ve only rescued 11. We’ve recovered three bodies again this morning. They’ve started moving them away from here.”

Bamgbose-Martins also said that investigation was ongoing, adding that a special committee by the state government, which had agencies of the Nigerian National Petroleum Corporation as members, was working to end gas explosions in the state.

Similarly, the spokesman for the Lagos State Emergency Management Agency, Nosa Okunbor, confirmed that five persons lost their lives in the explosion which occurred around 11pm on Thursday.

Over 22 vehicles were burnt in the inferno that followed the explosion while the Ogun State Property & Investment Corporation Plaza was badly damaged.

Related Topics:Lagos gas explosion
Up Next

I suffocated my British wife with pillow, Greek husband confesses