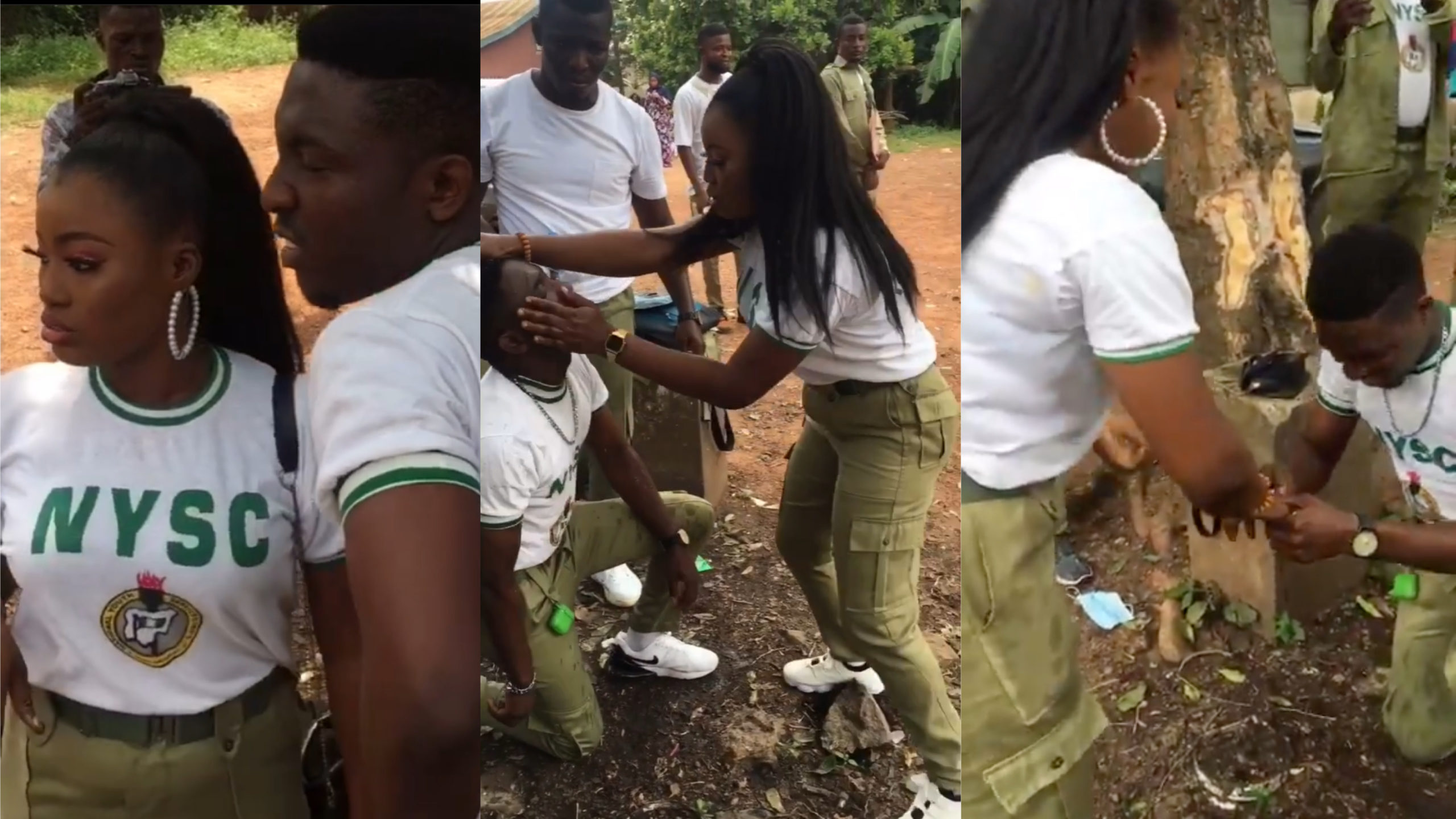 A Nigerian lady is overjoyed after her boyfriend who’d feigned not being well, proposed to her.

Her boyfriend had requested for water while holding his stomach and acting as though he would faint.

The lady at first thought it was one of his usual gimmicks but she took no chances as he continued losing consciousness.

She immediately began to cry for help and asked people for water and medical assistance while her man who was already on the ground wrapped his hands around her and proposed to her.

Social media users pointed out that she must have deduced it was all staged considering a cameraman on standby but she replied that he’d mentioned them getting married in 2024.

To the man of my dreams @Baloking_Hub ?I said YES?… I love you yesterday,Today,Tomorrow,Forever and 200 days ?!..Thanks for loving me unconditionally ?…And this prank got me??….. #MercyMercyMovie #MadeinLagos #ChampionsLeague @instablog9ja @TundeEddnut pic.twitter.com/WGbEW4jXTW