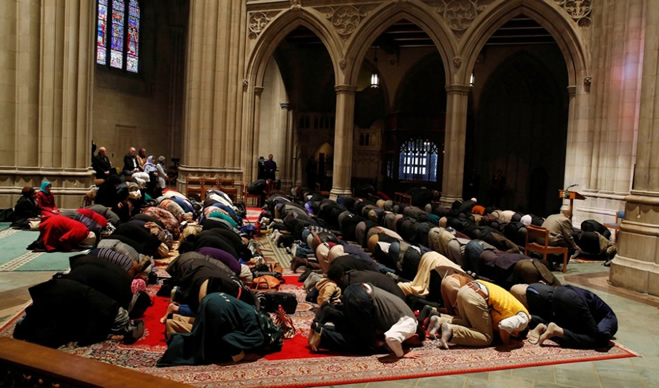 Malam Adam Ciroma, Chief Imam of Yola Central Mosque has called on Muslims faithful to take advantage of the first 10 days in the month of Dhul Hajjah for more blessings from Almighty God.

Ciroma, who made the call in his Jumu’ah sermon on Friday in Yola, said the first 10 days are the most blessed days when compare with other days in the year.

Dhul Hajjah is the 12th month of the Islamic calendar, and Muslims faithful are enjoined to maximum their worships and devotion to Allah especially during the first 10 days of the month.

According to Islamic traditions, the first 10 days of Dhul Hijjah are the most blessed days in which to do good deeds.

On the 10th of Dhul Hajjah, pilgrims observe the Arafat day in Makkah, Saudi Arabia, which is the climax of the annual Hajj exercise while Muslims across the globe celebrates the Eid-el-Adha on the 11th day of the month.

Ciroma said Muslims faithful should double efforts in worshipping God and seeking forgiveness with a good intention of not repeating the sins in future as God is ready to forgive.

He said that it was good to pray at night, fast during the day especially on Arafat Day, recitation of the Holy Qur’an, give charity and assist the needy.

The cleric said that whoever engages in worshipping God during the period and fast on Arafat Day would be blessed and be forgiven.

Ciroma further admonished Muslims to be committed to the recitation of names of God while driving, cooking or on the bed.