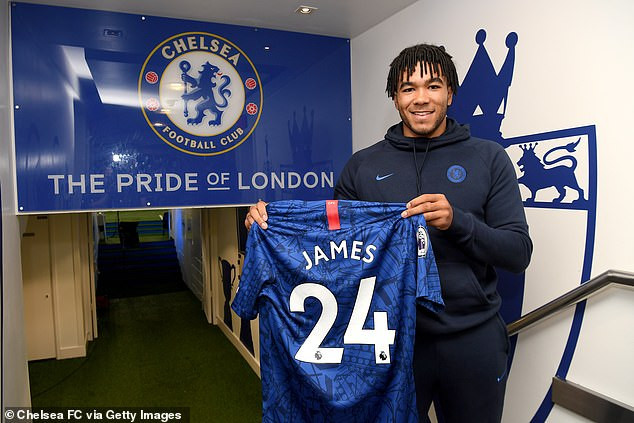 Chelsea’s Reece James has tied his future to the London club after signing a new five-year deal worth £25million on Thursday.

James will earn a basic of £80,000-per-week and guaranteed £20m over the course of the deal. But with bonuses, his weekly wage will rise to around £100,000-a-week and there are plans to make him one of the best paid young defenders in world football.

The player who joined Chelsea aged eight, said: ‘It has been my dream to be here at Chelsea and play week in week out and to have a contract for another five-and-a-half year is living the dream again.

“I have always wanted to be here and another five-and-a-half years means a lot to me and a lot to my family.

“There are a few of us playing in Chelsea’s first team now who have all come through the academy at the same time and that’s great.

“It shows how well the academy brought us through and how well we are doing.”

Related Topics:ChelseaLondonReece James
Up Next