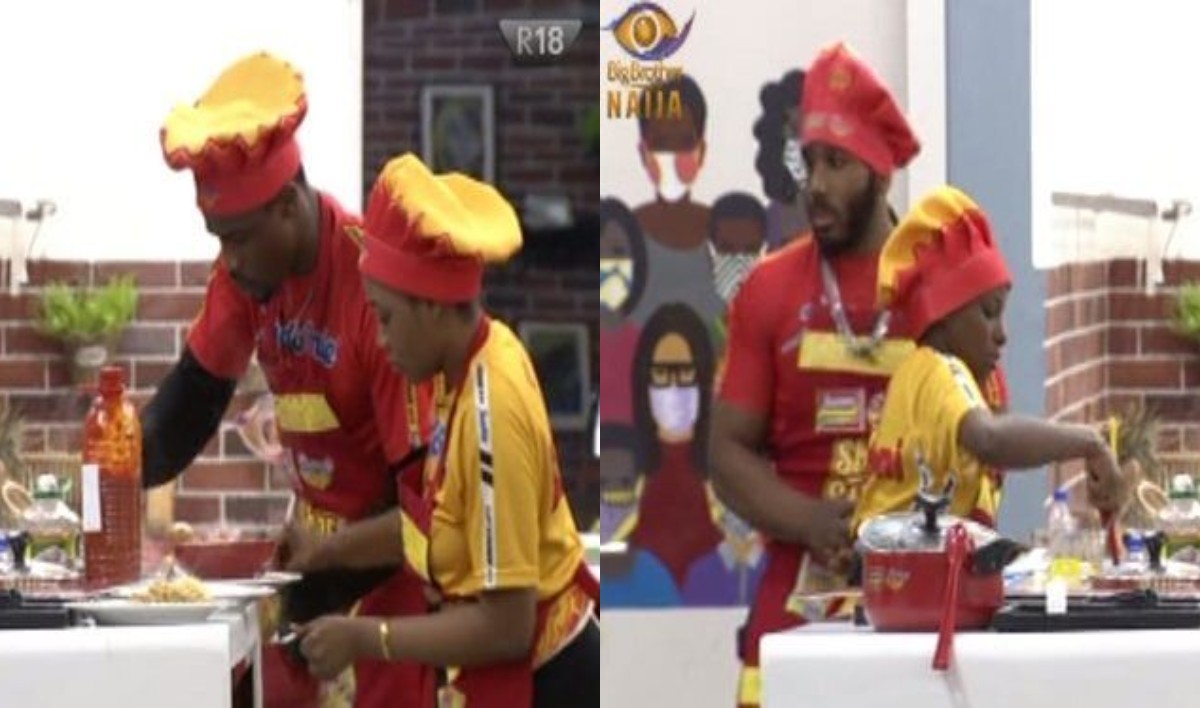 The task for the day had the remaining 14 Housemates cook noodles with special spices and make a cultural presentation of their prepared meals.

The Housemates were grouped into seven teams – a male and female housemate per team – and were given different special spices to make different tastes of the noodles.

Team One: Kiddwaya, and Wathoni

Each pair was asked to exchange their special ingredients with partners and cook using the ingredients exchanged. Batch by batch they entered the kitchen to make their meals.

MORE READING!  Why Nengi refused to kiss me after eviction, Ozo reveals

Each batch made up of two pairs of Housemates had 30 minutes to make their meals and they hurried to make sure their meals were ready before the buzzer went off.

Dressed in their native attires, the housemates made their way to the arena batch by batch to present the dishes they made.

First, they had to taste each other’s meals then share their culture and the recipe for the meal.

They had five minutes to showcase their culture then score each other on how well they thought the meals represented their culture.

How the teammates scored each other

Biggie awarded the 14 Housemates all the cash prizes of N4 million courtesy of Indomie. Each team got a total of N570,000 but the twist was the sharing formulae. The scores given to each partner were reversed so each Housemate had the score they gave their partners while their partners had the score they gave them. The prize money was then shared based on their respective scores.