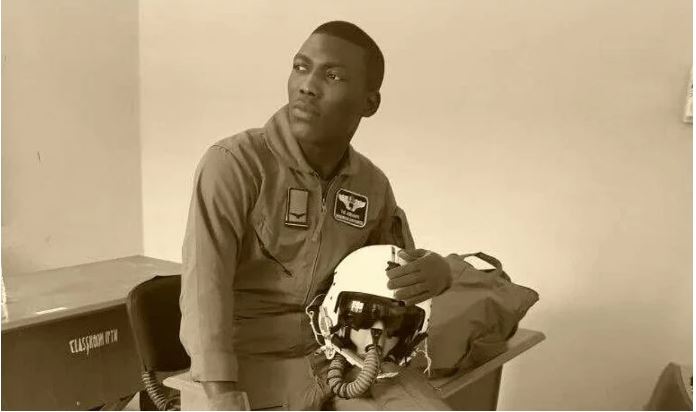 More information on the 11 occupants of the ill-fated Nigeria Air Force Beachcraft 350 aircraft that crashed at the runway of the Kaduna International Airport has begun coming in, with WUZUPNIGERIA gathering that the chief pilot, Flight Lieutenant T.O Asaniyi, was set to wed.

It will be recalled that the Chief of Army Staff (CoAS), General Ibrahim Attahiru, and 10 others – including four crew members – died in the Friday incident.

Following news of the crash, friends and family of the chief pilot had stormed social media to mourn him, revealing that he was already preparing for his wedding.

One @_victor_kings on Twitter, who identified himself as a friend of the pilot, said he was supposed to be Asaniyi’s best man at his upcoming wedding.

Sharing a photo of Asaniyi, he wrote:

“…Flight lieutenant Asaniyi T.O, he flew the plane. We were planning his wedding, I was going to be his best man…”

US condoles with Nigeria over demise of CoAS Attahiru